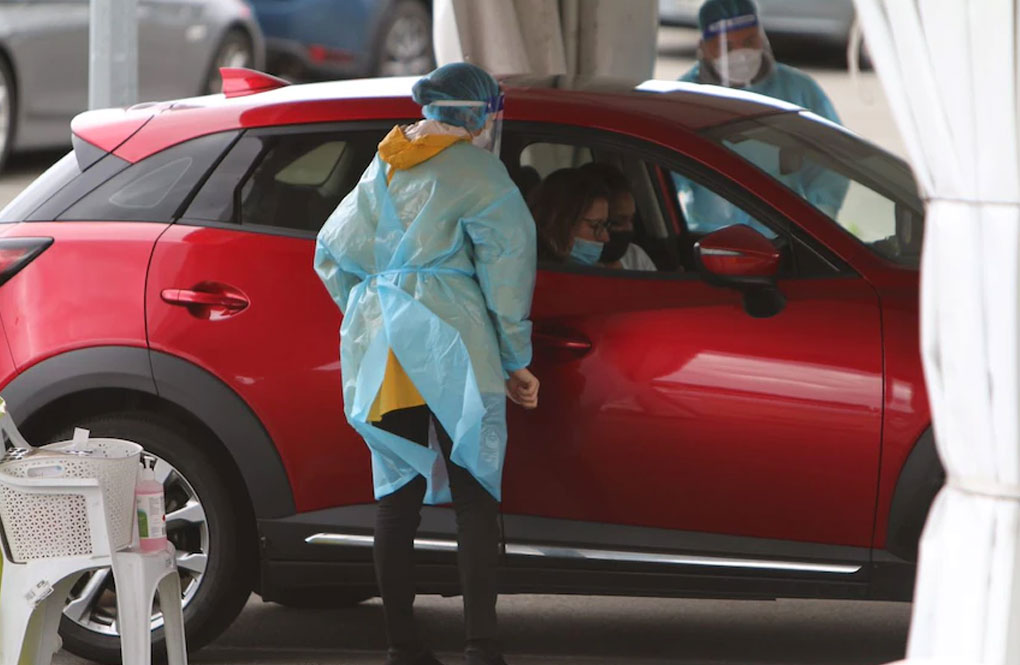 Infectious diseases experts have warned people may become reinfected with COVID-19 due to different variants circulating in the community.

Epidemiology chair at Deakin University Professor Catherine Bennett says while the majority of cases in the country are linked to the Omicron variant, people are still being infected with the Delta strain.

She said people who caught COVID-19 linked to one strain could still get it again from the other.

“We know Omicron has higher rates of reinfection, and that was in people who have had Delta,” Professor Bennett told ABC TV.

“Even if Omicron doesn’t reinfect after an infection has cleared, you can still have a Delta infection at a party and still be vulnerable to Omicron, so it is still possible to have a reinfection.”

The warning comes as case numbers continue to surge across the country, with more than 130,000 infections reported on Friday.

Experts have said numbers are stabilising in some jurisdictions, with the Omicron wave expected to peak in late January or early February.

Prof Bennett said it was critical for people to receive their COVID-19 booster shot in order to have the best protection against the new variant.

Even if people have become infected with COVID-19 recently, she said a booster could not wait.

“Really, (you should get your booster) as soon as you are completely well and (the infection) has cleared,” she said.

“There is no reason why you shouldn’t have it. You do want to make sure you are well over the infection, though.”

The case surge has led to widespread shortages of rapid antigen tests.

Further demand is expected for them after isolation rules were changed for essential workers, which will allow them to go back to work even after being labelled as a close contact, provided they test negative to a rapid test.

The federal health department has released a statement refuting claims rapid tests were being redirected to the department.

“The Department of Health reaffirms that the department has not requisitioned all rapid antigen test supplies within and entering Australia,” a spokesman said.

“The department has made purchases in accordance with Commonwealth procurement rules, and has not sought to place itself ahead of other commercial and retail entities.”

It’s expected more than 200 million rapid antigen tests will arrive in the country in coming weeks.

Of those, 80 million have been secured by the federal government, while states and territories have placed orders for 130 million tests.

On Thursday more than 347,000 vaccines were administered nationally, with more than 254,000 of those being booster shots.

NSW had its deadliest day of the pandemic on Friday with 29 fatalities reported as the state registered more than 63,000 new cases.

Victoria had 34,686 new infections and 18 deaths, while Queensland had a one-day case record of 23,630 and three deaths.