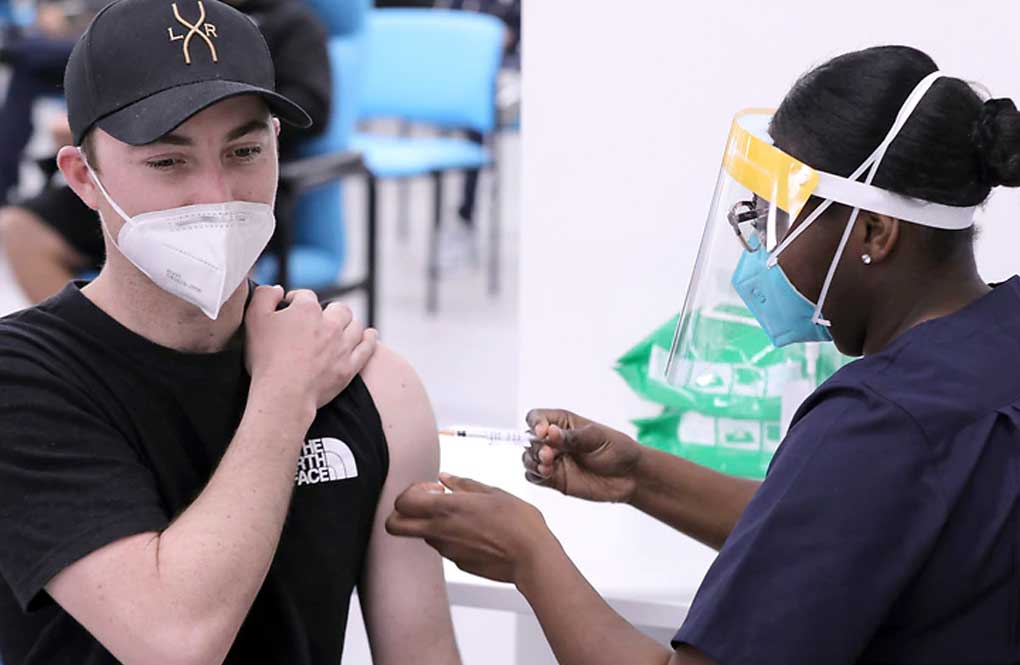 Residents of Sydney’s coronavirus hotspots are now allowed to exercise as much as they like outside of a curfew, after a one-hour limit was lifted.

People living in the NSW local government areas of concern must still be at home by 9pm and cannot start going for jogs or walks before 5am.

Premier Gladys Berejiklian announced the easing of the exercise restriction on Thursday, the same day the state reached 70 per cent single-dose vaccination coverage of people aged 16 and over.

More than seven million jabs have been administered in NSW.

The milestone all but guarantees NSW will soon reach double-dose vaccination for 70 per cent of the population, triggering a wider easing of restrictions.

Some 38.68 per cent of NSW residents are already fully vaccinated.

The state reported 1288 new locally acquired COVID-19 cases in the 24 hours to 8pm on Wednesday – a new daily record.

Seven more people died, including two who acquired their infections while in hospital.

The death toll from the current outbreak, which began in June, is now at 107.

Ms Berejiklian said on Thursday opening up would mean more people could die, but Australia had to “sensibly transition to what living with COVID is like”.

“We have to get really real about what we are facing, and I know sometimes it is difficult to hear, and I remember specifically the day I said we would never get to COVID zero, but that is the reality,” she said.

“What we need to do is live with COVID normal, and getting to 80 per cent double-dose adult population gets us on our way.”

Also from Friday, NSW residents will be able to hold and attend small weddings of up to five guests.

Meanwhile, seven men have been fined more than $30,000 for breaching public health orders by leaving Sydney and canvassing for work in the Lake Macquarie area.

NSW Police spoke with one of the arborists on Thursday, after receiving a tip-off.

The man said the group had been working in the region during the week, returning to Greater Sydney on the weekends – including to local government areas of concern.

The 27-year-old company owner had a Service NSW permit to leave Sydney and go to regional NSW, but police said it contained untrue and inaccurate information.

Other employees, aged between 25 and 61, hadn’t had COVID-19 tests before leaving Sydney.

On top of the fines, the men were directed to return home.

Elsewhere, five schools in Sydney’s west have been closed for deep cleaning and contact tracing after members of the school communities tested positive to COVID-19.

There are also reports a social housing unit block in Camperdown in Sydney’s inner west and another building in Woollongong have been locked down after some of the residents tested positive.

Greater Sydney has been locked down for almost ten weeks, with stay-at-home orders applying statewide for nearly three weeks.