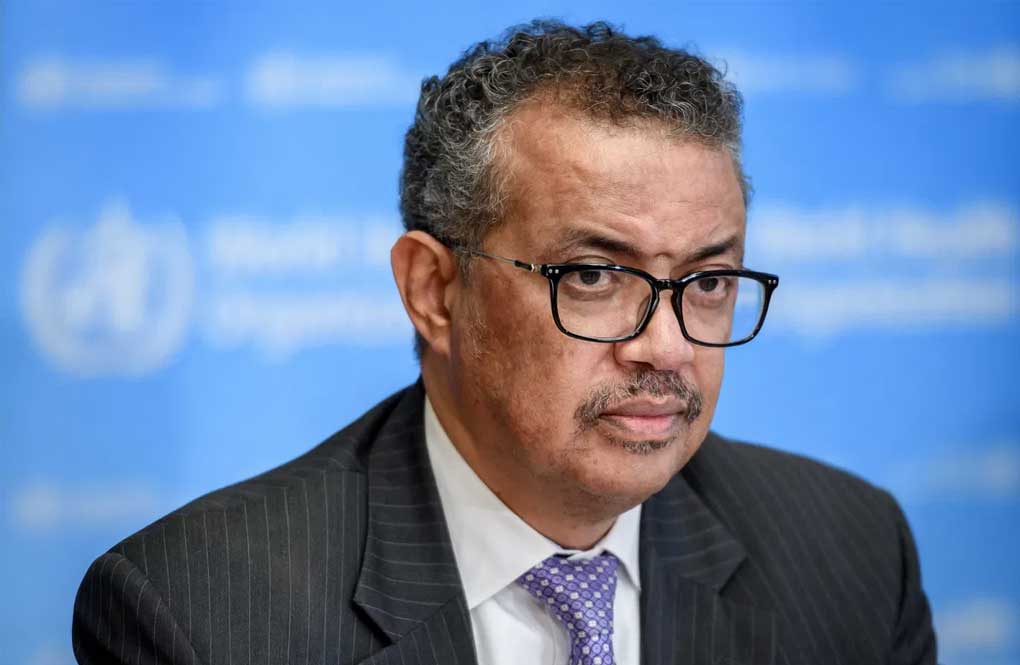 LONDON — The head of the World Health Organization on Monday dismissed complaints from countries complaining that contact tracing is too difficult to implement as a control strategy for the coronavirus pandemic as “lame.”

The U.N. health agency has repeatedly advised countries that shutting down their COVID-19 outbreaks requires having a strong contact tracing program in place, a labor-intensive process of tracking down contacts of people with coronavirus to ensure those at risk isolate themselves.

In recent months, countries with large outbreaks of COVID-19, including Britain and the U.S., have said there are simply too many contacts to trace for an effective system to be put into place.

Britain had vowed to have a “world-class” contact tracing system in place earlier this month. But the U.K. ultimately ditched the digital app it developed for that purpose and politicians have acknowledged the program is not yet running at full strength despite recruiting thousands of workers. In recent weeks, British health officials have said their contact tracers are failing to reach about one quarter of people with the virus — leaving thousands of people free to pass on COVID-19.

At a media briefing on Monday, WHO Director-General Tedros Adhanom Ghebreyesus pointed to his emergencies director Dr. Michael Ryan as an example of someone willing to go to extraordinary lengths to conduct contact tracing, citing Ryan’s work — while wearing a bulletproof helmet and vest — during an Ebola outbreak in a part of Congo where armed groups had attacked and killed health workers.

“He believed he had to do everything to stop Ebola and to show that saving lives actually requires that level of commitment,” Tedros said.

Tedros said it wasn’t acceptable that some countries claimed there were too many contacts to trace and that the process itself was too difficult. He has previously lauded the contact tracing programs adopted by countries like South Korea, Singapore and China, which involved teams of health workers tracing tens of thousands of people and ensuring that those exposed to the virus were isolated.

Tedros said that well-resourced countries that aren’t fighting wars have little excuse for not carrying out good contact tracing.

“If contact tracing helps you to win the fight, you do it, even (when) risking your life,” he said. “If any country is saying contact tracing is difficult, it is a lame excuse.”

He noted that Tuesday would mark six months since WHO was first informed by China of an unusual cluster of pneumonia cases, the first sign of coronavirus’ emergence. The disease has since sickened more than 10 million people and killed about 500,000.

WHO said the pandemic was “accelerating,” particularly in the Americas.

“The hard reality is that this is not even close to being over,” Tedros said. “The worst is yet to come.”