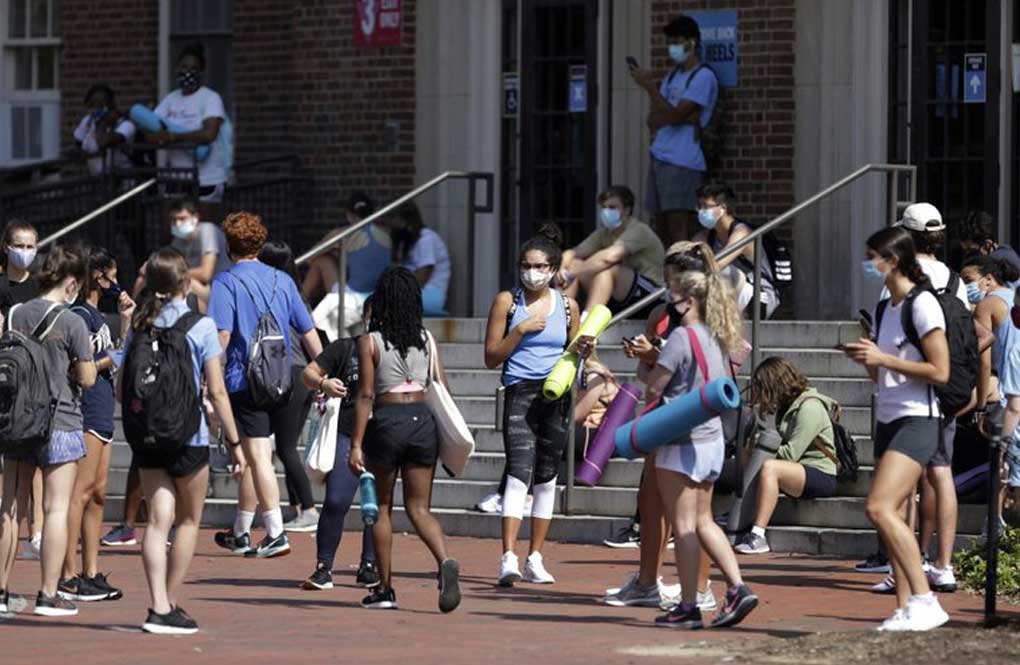 Almost three-quarters of Australians aged 16 and above have received their first coronavirus vaccine dose seven months into the rollout.

More than 10 million people are fully vaccinated, with 48.5 per cent of the over-16 population having received both jabs, while 73.4 per cent have had a single shot.

A national reopening agreement has set 70 and 80 per cent double-dose coverage as crucial milestones to easing restrictions.

Prime Minister Scott Morrison, who is in Washington DC, on Thursday reiterated that at 80 per cent the national plan allows for borders to reopen for international travel.

“If you’re vaccinated, then we are hoping to have that in place,” he said, adding Australia also wanted to welcome back foreign students and skilled migrants.

Mr Morrision said the 75 per cent mark for first dose vaccination coverage for people aged over 16 would be hit this week, and double dose coverage was steadily rising.

“And as they rise, the opportunities to get back to life as normal as it can be, and living with the virus, will just be coming closer each day,” he told reporters.

Almost one in five per cent of children aged five to 11 have received a jab in the eight days since they were included in the rollout.

Tourism and Trade Minister Dan Tehan said the nation was on track to lift travel restrictions this year.

“I do empathise with the Australians who have been denied the opportunity to travel overseas this year. It’s another reason why everyone should get vaccinated,” he told the National Press Club.

“We have to stick to the national plan that will see our international border open up – at this rate by Christmas at the latest.”

More than 45,000 Australians are stranded overseas with the figure rising in recent months due to reduced passenger arrival caps.

About 4700 are considered vulnerable.

Mr Tehan confirmed travel bubbles were under negotiation with other countries, mirroring the New Zealand arrangement.

“That will mean there will not be the restrictions on 14-day quarantine that otherwise would be the case for people returning to Australia,” he said.

Labor leader Anthony Albanese said the federal government leaving arrival caps to states and territories was absurd given it was responsible for customs, immigration and borders

“It is terrible that people are stranded. We need to fix it,” he told ABC radio.

NSW reported 1035 new cases and five deaths on Wednesday, with the outbreak’s toll rising to 260.

Victoria, which has been rocked by violent anti-vaccination and anti-lockdown protests, detected 628 new local infections and three additional deaths.

There were 17 new cases in the ACT, while a NSW truck driver who visited WA last week tested positive.