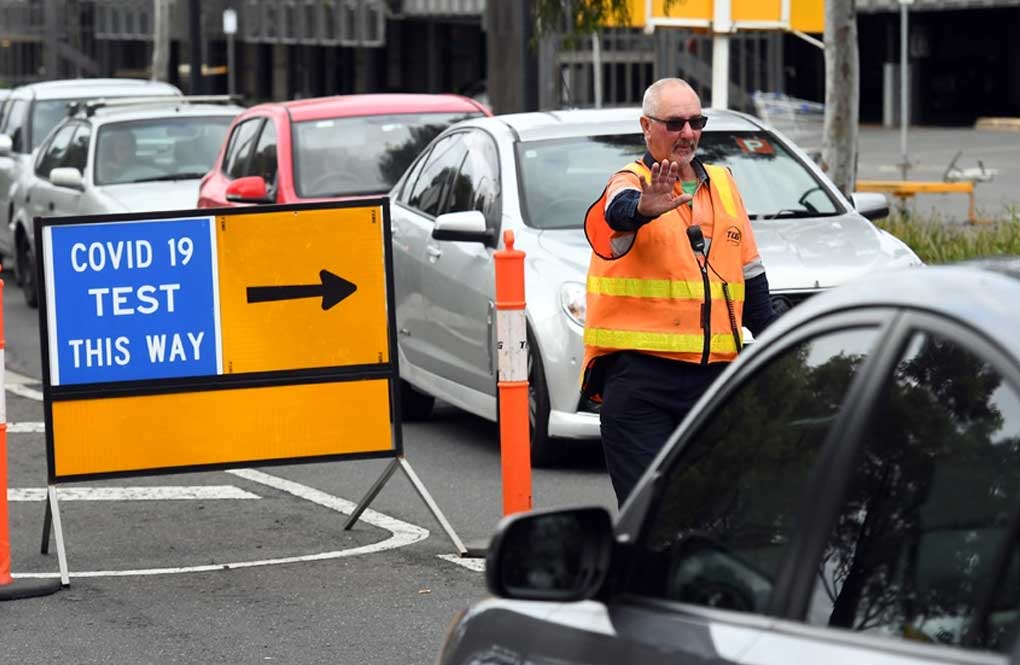 The government had planned to restore hospitals to normal medical services by the end of July before infections began to rise in recent weeks.

Two men in their 80s died in Victoria in the last 24 hours, bringing the national virus death toll to 113.

Victoria Premier Daniel Andrews said the full impact of a six-week lockdown in Australia’s second-largest city, Melbourne, was not yet apparent because it was only a week old.

“It will take some time to bring that stability to the numbers and then of course to start to see a pattern where they are driven down,” Andrews said.

Australia’s highest daily tally before Thursday was 288 in Victoria on July 10. Both exceed the previous record of 212 in New South Wales state during the first peak of the pandemic.

“It’s a big number. It needs to turn around,” Victoria Chief Health Office Brett Sutton said of the 317 new cases. “In some ways, I expect it to turn around this week. But as I’ve always said, it’s no guarantee. It’s upon all of us to be able to turn this number around.”

Given the week the lockdown has been in effect, the incubation period of the virus and the time for cases to be confirmed and counted, “we would really expect a plateauing in the next couple of days,” Sutton said. “But we cannot be complacent and expect that’s going to happen automatically.”

New South Wales, the only other state regarded as an active Australian virus hot spot, reported 10 new cases on Thursday.

Australia enjoyed similar success as neighboring New Zealand in suppressing the spread of COVID-19 in the early weeks of the pandemic. Australia adopted a suppression strategy while New Zealand pursued full eradication.

The strategy has succeeded in New Zealand, which has gone 76 days without a community-spread infection and has active cases only among quarantined people who traveled abroad.

Just as Australia was lifting its lockdown restrictions, breaches of infection controls in hotel quarantine led to community spread.