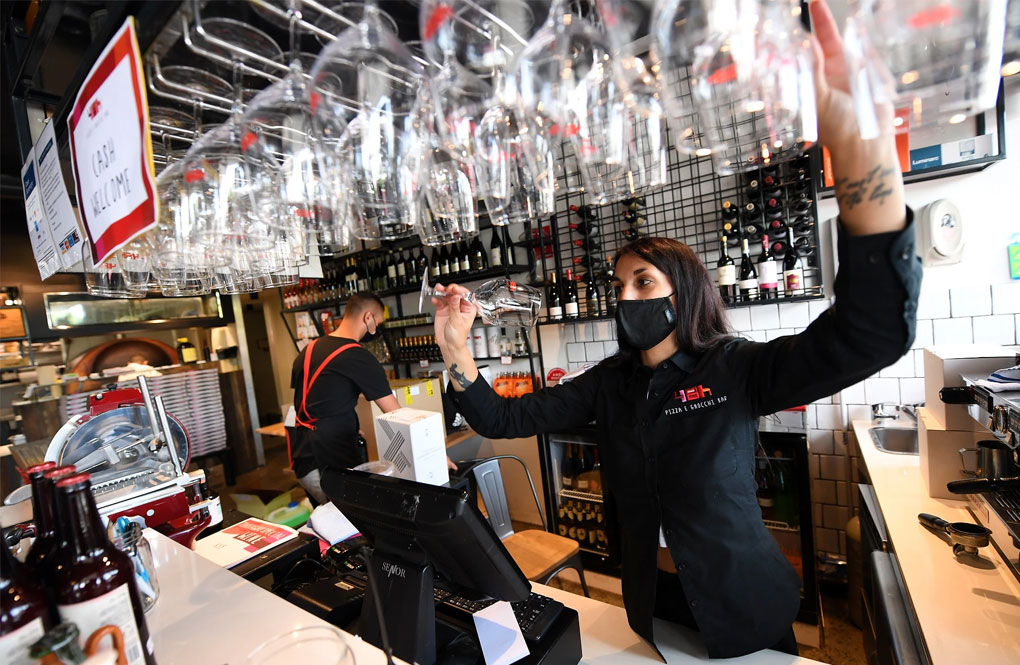 Melbourne has awakened from its COVID-19 lockdown slumber, with cheers erupting in the city when the clock struck midnight.

Loud cheering and applause broke out from apartment buildings and in the streets the moment the city’s sixth lockdown ended at 11.59pm on Thursday.

People flocked to hairdressers for a much-needed midnight snip, while others dropped into pubs and restaurants to celebrate with a drink or late-night feed.

Melbourne Lord Mayor Sally Capp was among the revellers at Angel Music Bar on Bourke Street, saying she didn’t want to miss the moment.

“There were bars with lights on and restaurants with people inside,” she told ABC TV.

“It’s just that sense of joy. People feel like they’ve been holding there breathe for weeks now, and we’ll all have a big sense of relief now and look forward.”

From Friday, people can leave their homes for any reason and travel anywhere within metropolitan Melbourne.

The curfew has been scrapped, home gatherings of up to 10 are allowed, and hairdressers, beauticians and hospitality businesses can reopen for the fully vaccinated.

The regional town of Mildura also exited its lockdown at midnight, a day earlier than planned.

Victoria reached its 70 per cent double-dose vaccination target on Wednesday, while almost 90 per cent of those aged over 16 have had at least one vaccine dose.

The state is on track for 80 per cent double-dosed by October 30, a week ahead of the original November 5 estimate.

At that point, Melburnians will be able to travel to regional Victoria, masks will no longer be required outdoors, retail and gyms reopen and up to 150 fully-vaccinated patrons can be inside venues.

Melbourne is considered the most locked-down city in the world, having endured 263 days under stay-at-home orders since March 2020. The latest lockdown – the state’s sixth – went for 77 days.

Meanwhile, it is expected Victoria will scrap quarantine requirements for fully-vaccinated Australians arriving from overseas, bringing the state into line with NSW.

According to several media reports, cabinet ministers met on Thursday night to sign off the plan, which could come into effect as early as November 1.