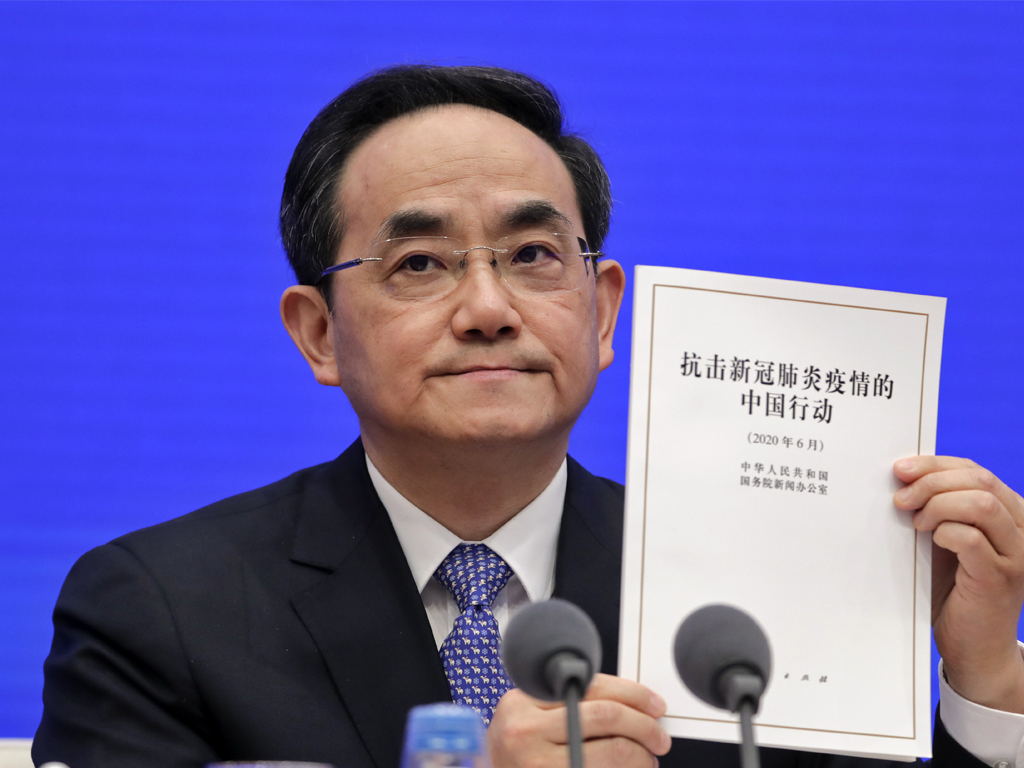 BEIJING — Senior Chinese officials, releasing a lengthy report on the nation’s response to the coronavirus pandemic, defended their government’s actions and said that China provided information in a timely and transparent manner.

An Associated Press investigation found that government labs sat on releasing the genetic map of the virus for more than a week in January, delaying its identification in a third country and the sharing of information needed to develop tests, drugs and a vaccine.

Ma did not address the specific findings in the AP report, but said there were many unknowns in the early stage of the outbreak and that it took time to gather evidence and figure out the characteristics of the new virus.

“The Chinese government did not delay or cover up anything,” he said. “Instead, we have immediately reported virus data and relevant information about the epidemic to the international community and made an important contribution to the prevention and control of the epidemic around the world.”

He ticked off a series of government actions from a detailed timeline in the government report, which ran to 66 pages in the English version.

The report lauded China’s success in reducing the daily increase in new cases to single digits within about two months and the “decisive victory … in the battle to defend Hubei Province and its capital city of Wuhan” in about three months.

Wuhan, where the first cases of the new virus were detected late last year, was the hardest hit part of China in the outbreak. The city and soon after much of Hubei province were locked down for more than two months to stop the spread of the virus to the rest of the country.