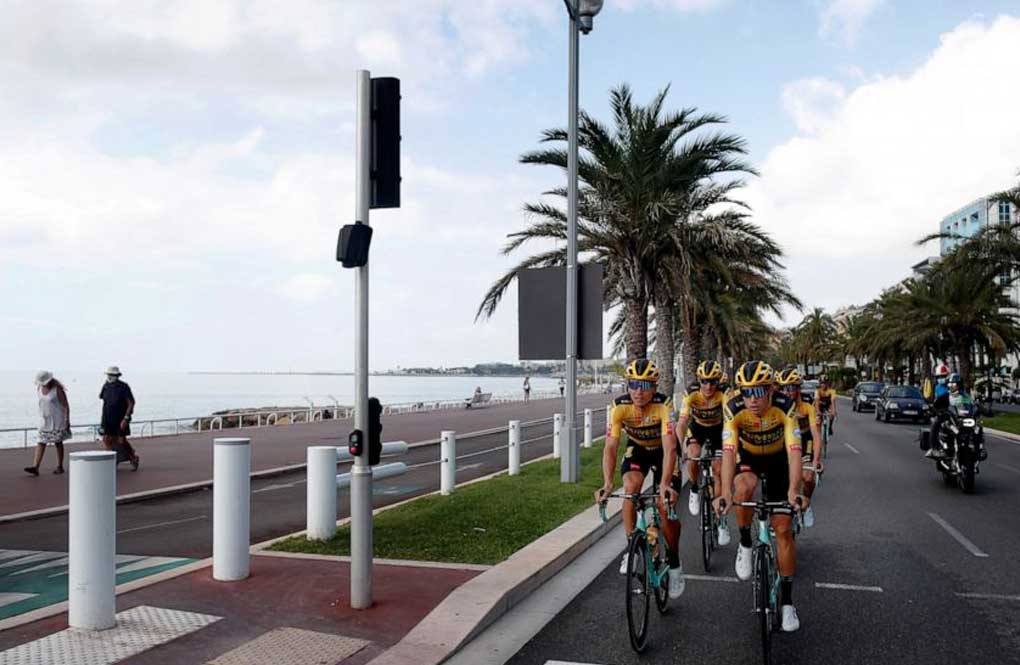 France registered more than 7,000 new virus infections in a single day Friday, up from several hundred a day in May and June, in part thanks to ramped-up testing. But the rate of positive cases is also growing, with more than 30 positive tests per 100,000 people in 20% of the country’s regions. That figure was in the single digits a month ago.

“The dynamic of the epidemic’s progression is exponential,” the national health agency said.

While the number of hospitalized patients remains well below levels during the height of France’s outbreak in the spring, it is rising, notably in areas where the virus is circulating most intensely.

“Nothing in theory can be excluded,” Macron told reporters when asked about a new nationwide lockdown. “I would not have learned much from what we have lived through for eight months if I said I totally exclude it.”

Macron said the government favors regional measures to stop outbreaks and will do everything it can to prevent a new nationwide lockdown by “learning to live with the virus.” France’s strict two-month lockdown in the spring devastated its economy but was credited with sharply slowing the virus.

France has seen more than 30,600 confirmed deaths from COVID-19, the third-highest toll in Europe after Britain and Italy. In addition, experts say all confirmed numbers understate the true impact of the pandemic due to limited testing and other factors.

Amid worries that France could become a new virus hotspot, Macron defended his government’s push to restart the economy and its handling of the post-lockdown period. Over the summer, French people traveled around the country for family gatherings and dance parties blamed for fueling the rise in cases.

In the face of new cases, Paris started requiring masks everywhere starting Friday and French workers nationwide will have to wear masks on the job starting Tuesday. The government also promised this week to further augment testing capacity — after coming under criticism for shortages of masks and tests when the virus first slammed France.

But the government is going ahead with plans to send France’s 12.9 million students back to classrooms starting Tuesday, and France’s beloved Tour de France professional cycling race kicks off a three-week trek across the country Saturday despite the escalating infections.

Macron said Friday that workers should gradually return to their jobs.

“We must bring everyone back to work,” he said, notably to pay for France’s social safety net.

With Britain, Germany and Belgium all imposing new restrictions on people arriving from all or parts of France, Macron called for better European coordination to fight the spread of the virus.

“Let’s have the same criteria,” he said. “Let’s not repeat the errors of March,” when Europe’s chaotic unilateral border closures left miles-long lines of trucks stuck on the roads and millions of travelers suddenly stranded.

He said it made “no sense” to close European borders, particularly for the millions of workers within the EU’s travel-free zone who cross borders to get to work. In contrast, fellow EU member Hungary announced Friday it will close its borders to foreigners beginning on Tuesday.

Speaking through a mask, he admitted that masks are “bothersome, annoying” but called it “a reasonable constraint that we should accept for a certain time” to revive the economy.

He also promised 15 billion euros ($17.8 billion) in state investment in projects to bring jobs and manufacturing back to France, and inaugurated a new production site at the Seqens pharmaceutical plant north of Paris. France’s dependence on suppliers in China fueled its shortages of masks, medicines and other medical supplies.