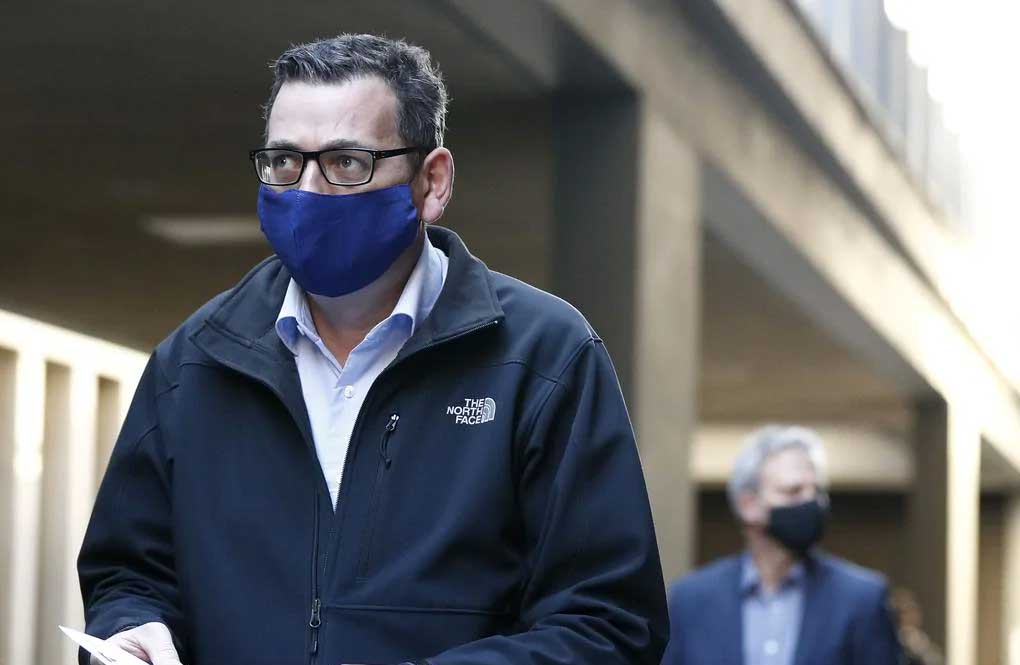 Andrews said a lockdown in Australia’s second-largest city, Melbourne, which began two weeks ago, is having an impact.

“You’d like to see numbers coming down. At the end of the day though, we’re not seeing the doubling and doubling again” of cases, Andrews said. “So what that says to me … is that the sorts of measures we’ve put in place are having a direct impact.”

“We’re still very much in the hard part of this fight, as you can see from the daily case numbers and I’m not expecting that to change a lot in the short term,” Morrison said. “And we just need to keep working the problem.”

Tighter regulations will come into force on the Victoria-New South Wales border on Wednesday that will only allow border communities to cross for essential work, health and education reasons.

Face masks will become compulsory from Thursday for residents in lockdown regions when they leave their homes.