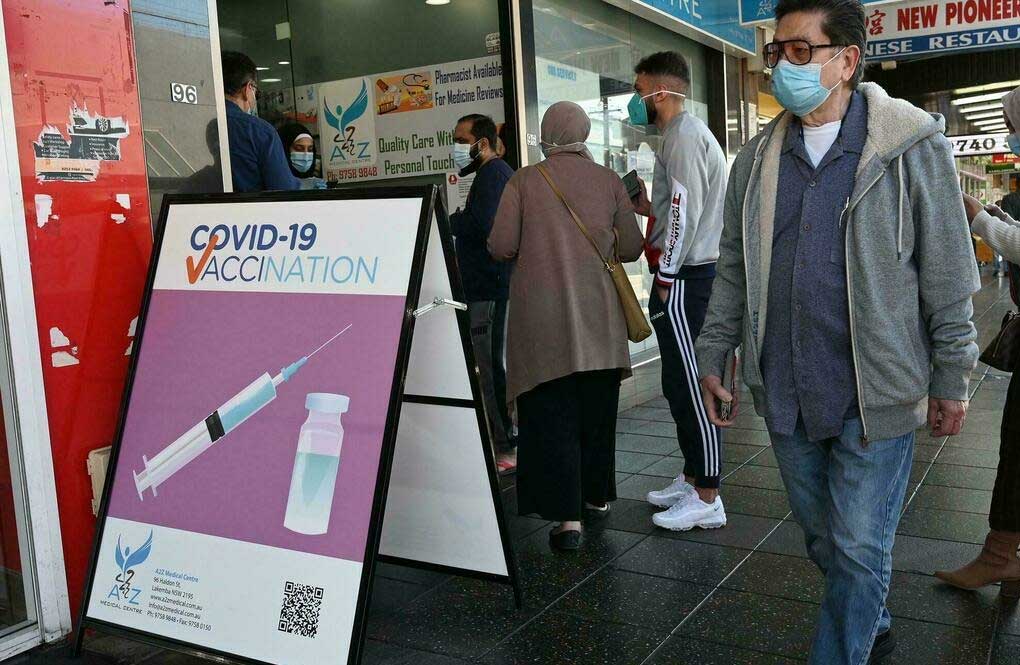 Scott Morrison says he wishes COVID-19 vaccination targets were not as high but remains confident the first milestone is achievable this year.

Australia is gunning for 70 per cent of people being fully vaccinated to shift phases in the fight against the deadly coronavirus.

Under that stage, lockdowns will be less likely while 80 per cent coverage is expected to make city-wide shutdowns a thing of the past.

The prime minister is adamant the nation is capable of reaching the 70 per cent mark before the end of the year.

“Like you, I wish it were lower. But it’s not. It’s what the detailed scientific analysis of the virus tells us,” Mr Morrison wrote in The Australian on Monday.

“The science of COVID-19 writes these rules, not us, so we just have to adjust and beat it. If the virus changes again we’ll have to do the same.”

The latest federal government data shows 77 per cent of Australians are willing to receive a vaccine, with the number rising in recent months.

“We’re continuing to see the number of doses administered ramp up on a daily basis,” he said.

“So, I’ll let you do the maths as to how quickly that will take us to get to 70 per cent.”

About 19 per cent of people 16 and over have received two doses of a vaccine.

Mr Morrison, who has come under fire for previously suggesting the rollout was not a race, is now championing a “gold medal” run to the end of the year.

The prime minister said the idea Australia should let the virus rip was not an option.

“It is fanciful, foolish and dangerous,” he said.

NSW recorded 239 cases on Sunday with Sydney and surrounds under heavy restrictions, while an outbreak in Queensland has sparked a snap lockdown in the state’s southeast.

There is growing speculation the sunshine state lockdown extend beyond three days.

Deputy Labor leader Richard Marles said Australia would continue to be the land of lockdowns until the federal government boosted vaccination rates.

“In the midst of Scott Morrison’s self-congratulation, all that he has exhibited is complacency and incompetence,” he told reporters.

“That is why he and his government have been getting the pandemic wrong at every turn.”