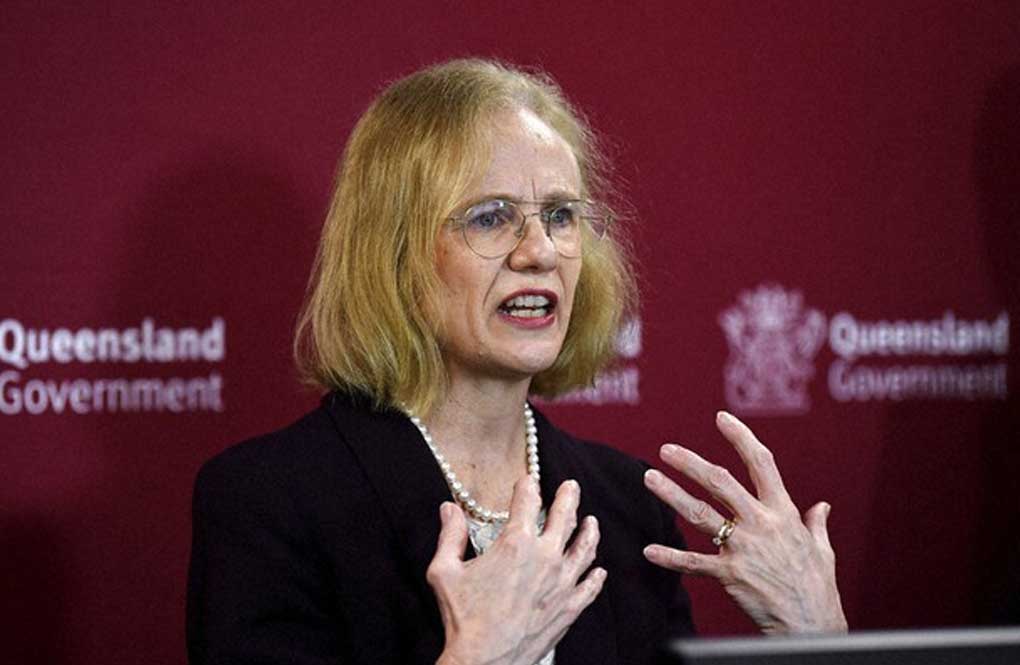 Queenslanders have turned out in droves to get tested for COVID-19 as the state government mulls its options on how to deal with the current outbreak, which has spread from the southeast to the far north.

Since Monday, the state has recorded 10 new cases of people who have been active and infectious in the community across six local government areas.

Stage two restrictions are now in place across Brisbane, Logan, Moreton Bay, Gold Coast, Townsville and Palm Island, with residents required to mask up when leaving home and caps on weddings, funerals and hospitality venues.

Four of Thursday’s new local cases are colleagues of a Brisbane aviation worker, who tested positive earlier this week, including one who flew to Townsville.

The aviation workers attended a meeting together on September 20 and have been infectious since September 21.

The man who flew to Townsville frequented a number of venues prompting warnings around 27 exposure sites.

Anyone who has been in the Brisbane and Moreton Bay area since September 19 cannot visit any prison in Queensland.

Nine new COVID-19 exposure sites have been added in North Lakes, Kippa Ring and Hyland Park. Only two are considered close: a fruit shop and a bottle shop in North Lakes.

A further eight exposure venues, including one close contact site, have been listed in the Gold Coast suburbs of Miami, Mermaid Waters, Merrimac, Nerang and Surfers Paradise.

Two more cases include the daughter of a known case in the aviation cluster and a Camp Hill woman who visited the NSW town of Kyogle, where four cases have emerged this week.

Surf Life Saving Queensland has also been rocked by the outbreak after a participant at Southport Surf Life Saving Club’s Bronze Medallion course tested positive for COVID-19 on Wednesday.

The course started on Monday and was immediately cancelled upon hearing of the positive result.

“All 52 attendees have been advised to get tested as soon as possible and received a directive to home quarantine,” SLSQ said.

“It’s critical that people wear their masks the entire time when they’re in those larger venues, whether they’re cinemas, or theatres or sporting events. Keep your mask on unless you’re seated, and eating or drinking,” she said.

“If people have been in any of those LGAs since the 21st, please go online and check for all those exposure venues.”