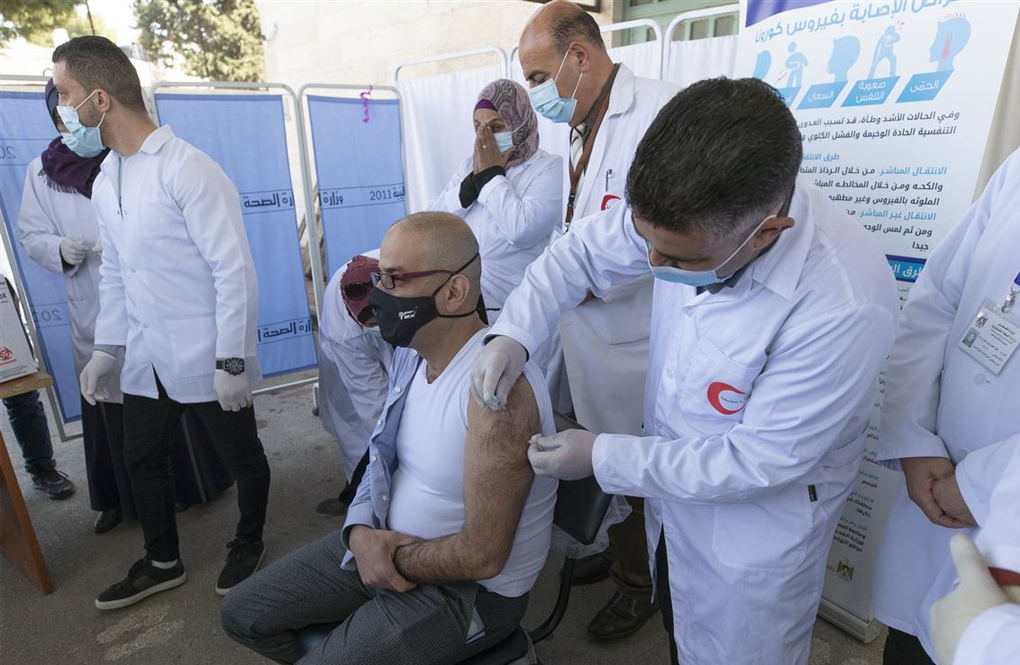 GENEVA — A U.N.-backed program to deploy COVID-19 vaccines to the neediest people worldwide, especially in poor countries, announced plans Wednesday for an initial distribution of 100 million doses by the end of March and 200 million more by July — hoping to catch up with rich countries that are already deep into rollouts.

Leaders of the COVAX Facility, which seeks a fair distribution of vaccines at a time of short supply, said nearly all of the doses expected for the initial-phase rollout are to come from British-Swedish drugmaker AstraZeneca and its partner, the Serum Institute of India.

Frederik Kristensen, deputy CEO for the Coalition for Epidemic Preparedness Innovation, a co-leader of the program, told a video news conference that the plans come at a “critical moment” in the fight against the virus as new variants emerged and a lopsided vaccine rollout so far — favoring rich countries.

“We are on a path to really start balancing out a global map, which so far has shown how many lower-income countries are yet to start vaccinating a single person, while other, wealthier countries go ahead towards mass vaccination,” he said.

Dr. Seth Berkley, the CEO of GAVI, the Vaccine Alliance, said COVAX plans for the initial distribution of 336 million doses of the vaccine, which AstraZeneca developed with Oxford University, through June to dozens of countries.

GAVI expects that nearly one-third of those doses — nearly 100 million — will start being delivered to targeted countries by the end of March, officials said.

Another 1.2 million doses of the vaccine from U.S.-based Pfizer and German partner BioNTech are expected to be shared by 18 countries during the first quarter of the year. Those companies have already been selling and distributing their vaccine by the tens of millions to rich countries.

“Of course, we would like more BioNTech vaccines in the first and second quarter. That is what we were offered given the demand and supply that was there,” Berkley said.

He acknowledged the AstraZeneca vaccine rollout was 57 million doses fewer than originally planned for the first phase, attributing that to delays for countries to receive emergency use approval from the World Health Organization. He emphasized it was not a result of supply problems, like those in Europe.

The AstraZeneca vaccine rollout depends on the WHO authorizing the shot for emergency use, which is expected to happen this month. The Pfizer-BioNTech vaccine already has such approval, but supplying it to poorer nations is a challenge because the vaccine requires storage at extremely cold temperatures.

GAVI also pointed to a number of caveats that could still spoil plans for the rollout, warning it is contingent on issues like regulatory approvals, supplies, logistics, and the readiness to countries poised to receive the vaccines.

Some 190 countries and territories that are participating in COVAX have been awaiting details of the rollout. The participants include “self-financing” upper- and middle-income countries that have put up money and 93 lower-income countries which are expected to benefit.

By the numbers, India is expected to get the lion’s share of the 240 million AstraZeneca doses that the Serum Institute is producing for the first phase. Pakistan is to receive over 17 million, while impoverished Malawi is to get nearly 1.5 million doses and Haiti some 876,000.

From a South Korean facility to add another 96 million doses of the AstraZeneca product, Brazil is expected to receive over 10 million doses, Egypt more than 5.1 million, Iran over 4.2 million and Canada – which already has readied a large surplus of vaccines through bilateral deals — more than 1.9 million.

WHO officials have consistently said the way to beat the pandemic is to make sure that everyone is safe from it — not just those in wealthier countries that launched vaccination drives in December.

Henrietta Fore, the executive director of UNICEF, announced a long-term supply deal with the Serum Institute of India for AstraZeneca and U.S. drugmaker Novavax that will include access to up to 1.1 billion doses for 100 countries — at a price of about $3 per dose for lower- and middle-income countries.

Ann Lindstrand, who heads an immunization program at the WHO, cited “massive interest” in that vaccine. She said the choice of recipients had to balance issues such as country readiness, a need among high-priority recipients like healthcare workers, and a desire to get vaccines to countries that hadn’t received any yet.

COVAX has faced challenges as rich countries scoop up vaccine supplies, sometimes at premium prices, and undercut the WHO’s goal of equitable vaccine distribution. Program leaders have faced issues trying to strike deals with pharmaceutical manufacturers, and only a fraction of the 2 billion doses that have been secured for COVAX involve firm deals.