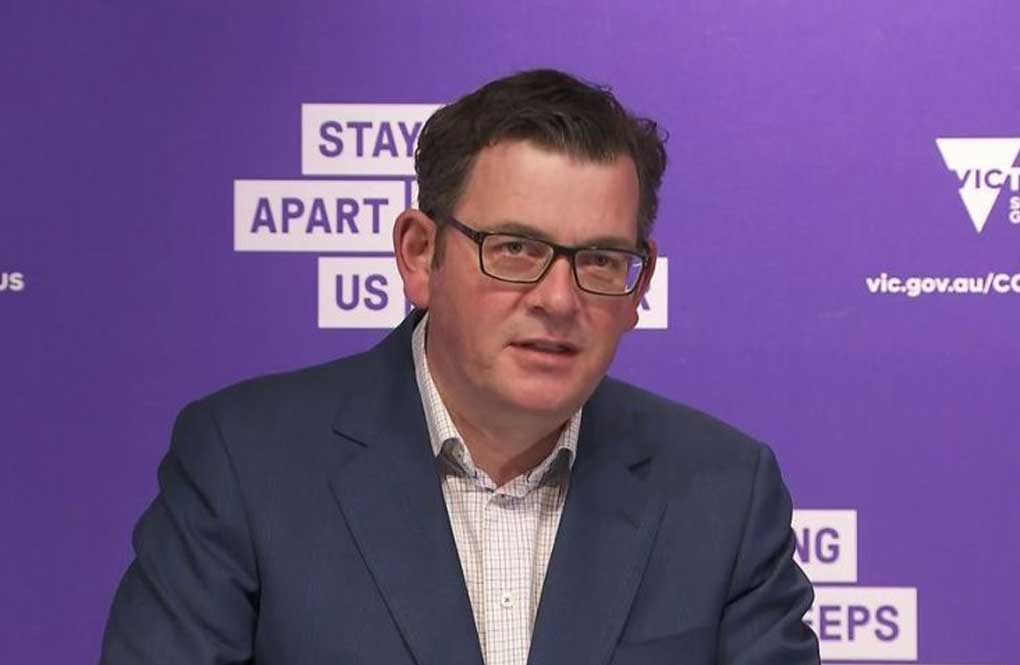 Victorians have been given a glimpse of what life might look like once the state meets its COVID-19 vaccination targets.

Premier Daniel Andrews is hatching plans to give vaccinated Victorians more freedoms and “lock out” others refusing to get the jab from venues such as sports stadiums, cinemas and pubs.

Discussions are underway with industry to see how a “vaccinated economy” would work, Mr Andrews confirmed, with the required technology set to be trialled in regional Victoria after it exits lockdown.

Victoria reported 208 new cases, its highest daily total since August 22, and another death on Friday.

There has been a marked shift in focus from virus case numbers to vaccination numbers in Victoria this week, as authorities conceded the state cannot return to COVID zero.

“We are not going to be driving this down to zero. That does not mean the rules are not ongoing. In some respect, we have to try even harder,” Mr Andrews said.

The premier continued to push for people to take up 50,000 available AstraZeneca appointments, despite an extra four million Pfizer doses flooding into Australia this month as part of a swap deal with the UK.

A further 50,000 priority vaccine appointments will also be available for senior high school students from Monday, with pop-up vaccination hubs at several schools.

Most of the state’s restrictions will remain in place until at least 70 per cent of eligible Victorians are fully vaccinated, though some reprieve will be granted when 70 per cent have received their first dose.

The state was forecast to hit that initial mark on September 23, but it has since been revised to September 18.