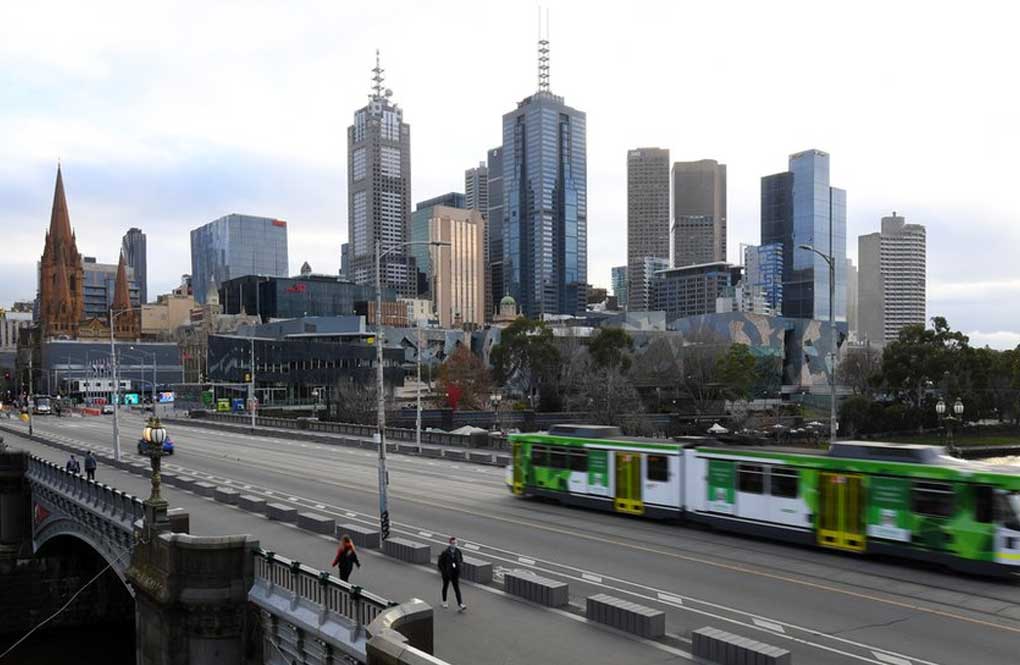 A COVID-19 outbreak in regional Victoria is feared to grow, with health workers forced to isolate and the cluster now linked to cases at a Melbourne hospital.

Health Minister Martin Foley denies authorities have lost control of the state’s latest infection wave but admits there’s “great concern” about the scale of community transmission despite a Victoria-wide lockdown.

The state officially recorded 65 new locally acquired COVID-19 cases on Sunday, with 55 linked to current outbreaks and 10 mystery cases. Only 12 were in isolation while infectious.

Mr Foley conceded the cluster in at Shepparton in Victoria’s north would almost certainly grow beyond the 21 cases there and by late Sunday afternoon, local officials confirmed at least two additional cases would be reported on Monday.

The outbreak had already been traced to a case 125 kilometres away in the town of Mansfield, at the foot of the Victorian Alps.

However, health department deputy secretary Kate Matson said it was also strongly suspected the Shepparton cluster had spawned the outbreak at Royal Melbourne Hospital that’s so far infected seven people – a mix of patients, staff and one visitor.

She said it was believed a visitor to the hospital was infected by a Shepparton man who underwent surgery on August 12.

He was not tested for COVID-19 prior to his operation and was in various parts of the hospital, including the ICU and a cardiac ward.

Ms Matson said hundreds of health workers had been temporarily stood down due to the risk of exposure. Another 50 are isolating after a positive case went to the Werribee Mercy Hospital on August 19.

“We’re looking at emergency staffing as well to maintain the health system,” she said on Sunday but did not detail what that involved. “I’m confident we’ve got the contingency plans in place to keep that going.”

Authorities listed more than 100 new exposure sites across Victoria on Saturday and about 11,000 close contacts are in quarantine.

All public sector staff will get up to half a day of paid time off to keep appointments for the two jabs they need for full protection, Mr Foley announced on Sunday.

He also promised a new vaccination blitz for residential aged care and disability workers at state-run facilities, including walk-up jabs at more than 50 centres.

Meanwhile, 20,000 regional Victorian businesses are now eligible for automatic cash payments of $5600, or $2800 per week, after being placed back under a lockdown on Saturday.

Victoria currently has 440 active cases with 27 people in hospital, and 12 of them in intensive care.