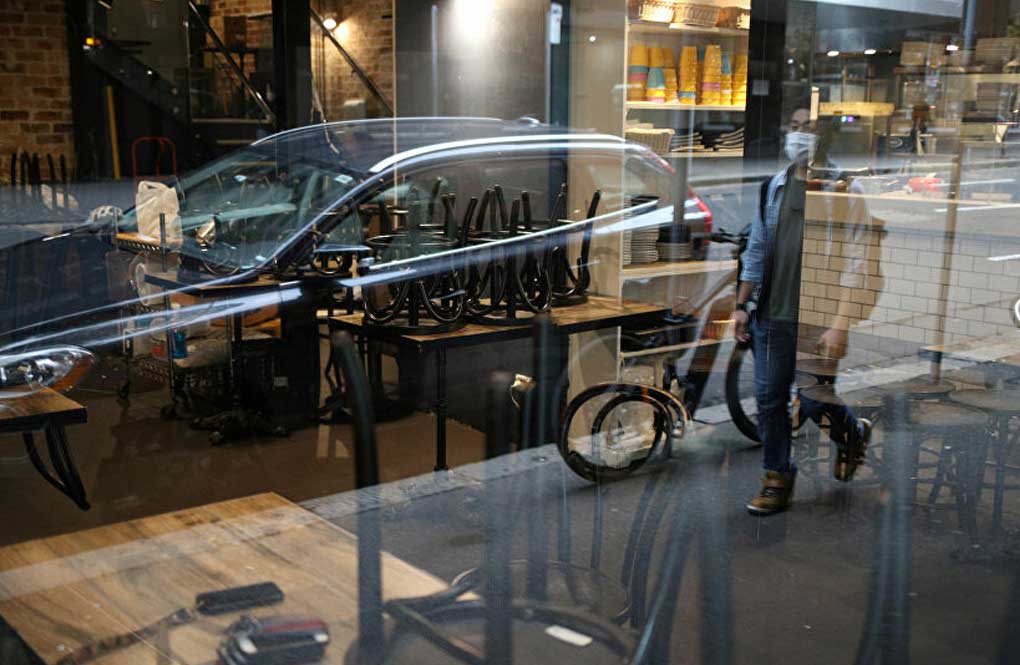 NSW has entered its fifth week of lockdown after two deaths and more than 300 new COVID-19 cases were recorded over the weekend, and thousands of unmasked protesters march through the city centre.

The death of Australia’s youngest woman from COVID-19 so far – a  female in her late 30s without any pre-existing conditions who died in Sydney on Sunday – will be recorded in Monday’s health statistics.

Eight people have died during the latest outbreak, which erupted in Sydney on June 16.

There are 43 people in intensive care, none of whom were fully vaccinated, with 18 ventilated.

NSW recorded 141 new local virus cases in the 24 hours to 8pm on Saturday from more than 102,000 tests. This added to the 163 cases reported for the same period to 8pm on Friday.

NSW Premier Gladys Berejiklian said the government will start “critical planning” on policy settings ahead of the scheduled end of the lockdown for Greater Sydney and four surrounding regions on Friday.

As well, three local government areas in regional NSW areas aren’t due to exit a lockdown until at least July 28.

A new mass vaccination hub at Macquarie Fields, at the epicentre of the outbreak in Sydney’s southwest, is opening on Monday with the capacity to deliver 20,000 jabs a week.

The Australian Technical Advisory Group on Immunisation on Saturday said everyone 18 and over in Greater Sydney “should strongly consider getting vaccinated with any available vaccine including COVID-19 vaccine AstraZeneca”.

While Pfizer supplies remain limited, the NSW government says it has plentiful AstraZeneca, which is manufactured locally and effectively prevents hospitalisation or death.

In NSW, 15.4 per cent of eligible residents are fully vaccinated.

“(Vaccination) won’t stop the spread alone but it will definitely, definitely slow the spread down,” Ms Berejiklian said.

The latest lockdown has prevented all but essential workers leaving the Cumberland, Blacktown, Fairfield, Liverpool and Canterbury-Bankstown local government areas.

On Sunday afternoon, NSW Health issued a public health alert urging residents and visitors in northern NSW to monitor for symptoms after a positive COVID-19 case travelled on a Virgin flight from Sydney to Ballina and then on to Queensland earlier in July.

Students and staff have been asked self-isolate until further notice and get tested if they develop any COVID symptoms.

Community disquiet over the lockdown erupted on Saturday afternoon when about 3,500 people marched through Sydney’s CBD to protest the lockdown.

Some 57 people have been charged and 90 infringement notices issued over the rally, which Ms Berejiklian says left her disgusted and heart-broken.

Two men have been charged with striking a police horse.

More than 5500 reports have been made to Crime Stoppers and so far and investigators have identified more than 200 people.

A special strike force of detectives is combing through footage from social media, CCTV and police-worn body cameras to identify the people who defied stay-at-home orders.

Meanwhile, NSW Health on Sunday night issued more than 30 new alerts for venues visited by a person with COVID.