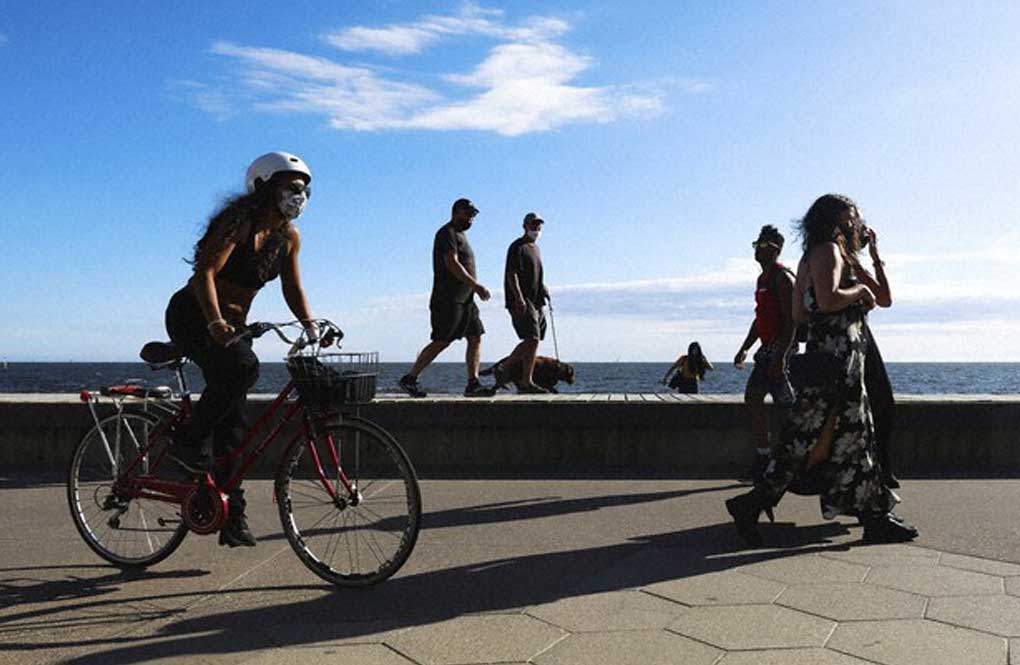 Australia has set a new record for daily coronavirus cases with a rampant outbreak of the Delta strain in NSW fuelling the grim milestone.

There were more than 970 new local infections nationally on Wednesday, with 919 of those detected in Australia’s most populous state.

NSW is in the grips of a major crisis with records continuing to be broken and two more deaths taking the national toll to 986.

Victoria recorded 45 new cases, while there were nine in the ACT.

Rising infections in three locked-down states and territories have done nothing to dampen federal government fervour for a national reopening plan.

Prime Minister Scott Morrison has embarked on a major sales pitch to convince some state premiers uncomfortable with opening amid soaring caseloads.

“The government is standing with the states and territories to help them address this very cruel burden but we must proceed with the plan,” he told parliament.

Federal, state and territory governments earlier in the month backed vaccine coverage targets of 70 and 80 per cent to reduce restrictions.

While lockdowns are not impossible when the higher threshold is reached, stay-at-home orders are likely to become rare and state borders expected to remain open.

A showdown is brewing ahead of Friday’s national cabinet meeting which is also due to receive updated advice about vaccinating children.

The expert immunisation panel is due to deliver guidance on opening vaccines to all children aged 12 to 15.

Vaccine rollout co-ordinator John Frewen is looking at ways for families to be vaccinated together if the rollout age range is expanded.

“We are looking at a program where we might be able to book families in so that parents and kids can get done together, so we are working on a set of options at the moment,” he told the ABC.

Lieutenant General Frewen is confident Australia will have enough vaccines to include under-16s in the program.

He also floated school-based vaccination as a potential future step.

“We are working on a youth vaccination plan right now that will help us get to all of those kids in that age group, whether they are school-goers or kids in care and the like, but the supply is coming.”

Queensland has paused interstate arrivals from NSW, Victoria and the ACT for two weeks to relieve pressure on the state’s hotel quarantine system.