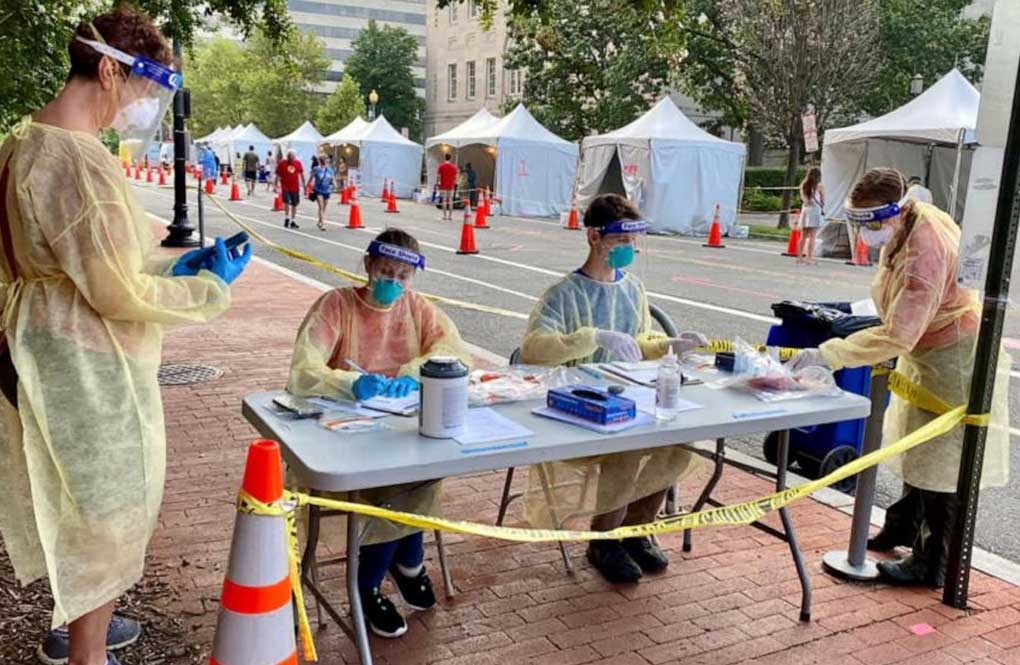 The election had been scheduled for Sept. 19 but will now be held on Oct. 17. Under New Zealand law, Ardern had the option of delaying the election for up to about two months.

Opposition parties had been requesting a delay after the virus outbreak in Auckland last week prompted the government to put the city into a two-week lockdown and halted election campaigning.

Before the latest outbreak, New Zealand had gone 102 days without any known community transmission of the virus, and life had returned to normal for most people, who were going to restaurants, sports stadiums and schools without fear of getting infected. The only known cases during that time were returning travelers who were quarantined at the border.

Officials believe the virus was reintroduced to New Zealand from abroad but haven’t yet been able to figure out how it happened. The Auckland outbreak has grown to 49 infections, with health authorities saying they believe the cases are all connected, giving them hope the virus isn’t spreading beyond the cluster.

Ardern said in making her decision, she had first called the leaders of all the political parties represented in the parliament to get their views.

“Ultimately I want to ensure we have a well-run election that gives all voters the best chance to receive all the information they need about parties and candidates, and delivers certainty for the future,” Ardern said.

She said she wouldn’t consider delaying the election again — no matter what was happening with any virus outbreaks.

“COVID is continuing to disrupt life around the world,” Ardern said. Other nations including South Korea and Singapore had nevertheless managed to hold elections during the pandemic, she added.

Ardern also announced that lawmakers would be called back to parliament, which had finished sitting ahead of the election. The parliament will now continue operating through early September.

Conservative opposition leader Judith Collins did not offer much of an opinion on the delay, saying only that her National Party “acknowledge the new date” while also saying there had been testing failures at the border.

But the small opposition ACT party welcomed the delay. Leader David Seymour said the new outbreak had already forced him to cancel a dozen events, including debates and community meetings

“In order to have a free and fair election, candidates need to be out in the community listening to voters, and that’s not possible while Aucklanders are housebound,” he said in a statement.

The delay will cause logistical problems, including re-booking voting venues and ensuring that the thousands of election workers needed for the poll are available on the new date. Ardern said she believed there was enough time to organize everything.

Opinion polling indicates Ardern’s liberal Labour Party is favored to win a second term in office. The party’s popularity has jumped significantly since the pandemic, with Ardern winning international praise for the way she’d handled the crisis.