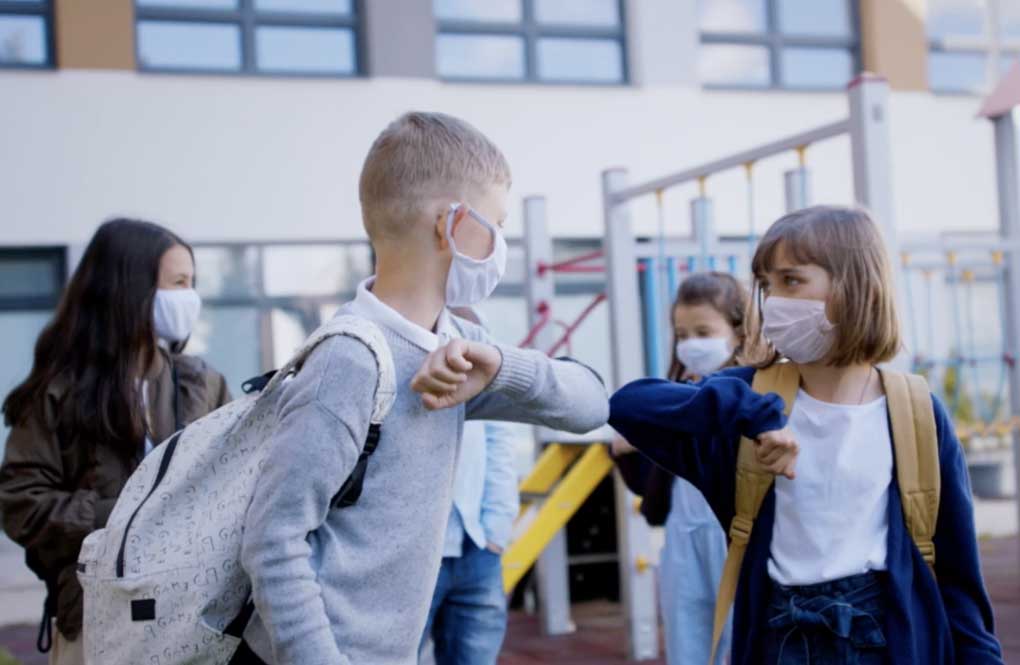 NEW YORK — Children who caught the coronavirus at day cares and a day camp spread it to their relatives, according to a new report that underscores that kids can bring the germ home and infect others.

Scientists already know children can spread the virus. But the study published Friday by the Centers for Disease Control and Prevention “definitively indicates — in a way that previous studies have struggled to do — the potential for transmission to family members,” said William Hanage, a Harvard University infectious diseases researcher.

The findings don’t mean that schools and child-care programs need to close, but it does confirm that the virus can spread within those places and then be brought home by kids. So, masks, disinfection and social distancing are needed. And people who work in such facilities have to be careful and get tested if they think they may be infected, experts said.

Earlier research from the U.S., China and Europe has found that children are less likely than adults to be infected by the virus and are less likely to become seriously ill when they do get sick.

There also was data suggesting that young children don’t spread the virus very often, though older kids are believed to spread it as easily as adults.

In the new study, researchers from Utah and the CDC focused on three outbreaks in Salt Lake City child care facilities between April and July. Two were child-care programs for toddlers, and the other was a camp for older kids. The average age of kids at all three programs was about 7.

At two of the facilities, investigators were able to establish that an infected adult worker unknowingly introduced the virus.

The study concluded 12 children caught the coronavirus at the facilities, and spread it to at least 12 of the 46 parents or siblings that they came in contact at home. Three of the infected children had no symptoms, and one of them spread it to a parent who was later hospitalized because of COVID-19, the researchers said.

That kind of rate of spread — about 25% — is on par with studies of spread in households that have included both children and adults. It also shows that children with no symptoms, or very mild symptoms, can spread the infection, just like adults can.

Hanage cautioned that it’s not clear whether the findings at the three programs are broadly applicable. Also, the study didn’t involve genetic analysis of individual infections that might have given a clearer picture of how the disease spread.

But many infected kids experience mild illnesses and testing of children has been very limited, so it’s likely that more than 25% of the outside contacts were infected, Hanage added.

The epidemic could get worse and more complicated this fall, said Dr. David Kimberlin, a pediatric infectious diseases specialist at the University of Alabama at Birmingham.

“This should be another wake up call to all of us that we need to be diligent and all do our part,” he said.