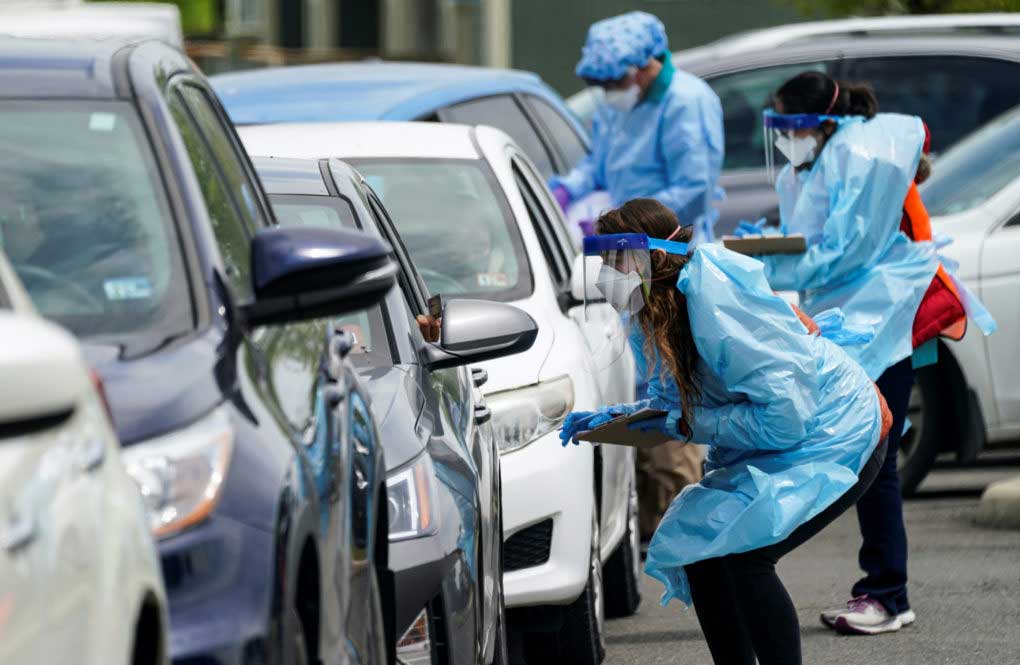 Texas on Wednesday became the first state with more than 1 million confirmed COVID-19 cases, and California closed in on that mark as a surge of coronavirus infections engulfs the country from coast to coast.

In New York, Gov. Andrew Cuomo said all restaurants, bars and gyms statewide will have to close at 10 p.m. starting Friday, a major retreat in a corner of the U.S. that had seemingly brought the virus largely under control months ago. He also barred private gatherings of more than 10 people.

The U.S. has recorded over 240,000 deaths and about 10.3 million confirmed infections, with new cases soaring to all-time highs of well over 120,000 per day over the past week. Health experts have blamed the increase in part on the onset of cold weather and growing frustration with mask-wearing and other precautions.

Among the many health officials sounding the alarm was Dr. Julie Watson of Integris Health in Oklahoma.

“We are in trouble,” she said. “If nothing is done soon to slow the rise in cases, our hospitals will be more overwhelmed than they already are and we won’t be able to be there for all of those who need it.”

Oklahoma’s health department said Wednesday that 1,248 people were hospitalized for confirmed or probable coronavirus, shattering the previous one-day record of 1,055.

Texas reported 10,865 new cases on Tuesday, breaking a record set in mid-July. One of the hardest-hit places is the border city of El Paso; its county has nearly 28,000 active cases and has suffered more than 680 COVID-19 deaths.

“With the holidays quickly approaching, each of us must do everything possible to reduce the spread of COVID-19, “ AMA President Susan Bailey said. “Failing to do our part will prolong the suffering and disruption to our lives and inevitably lead to more deaths of our friends, neighbors and loved ones.”

Meanwhile, many traditional Veterans Day celebrations gave way to somber virtual gatherings Wednesday. Many veterans homes have barred visitors to protect their residents from the virus.

In New York City, a quiet parade of military vehicles, with no spectators, rolled through Manhattan to maintain the 101-year tradition of veterans marching on Fifth Avenue.

More than 4,200 veterans have died from COVID-19 at hospitals and homes run by the Department of Veterans Affairs, and nearly 85,000 have been infected, according to the department.