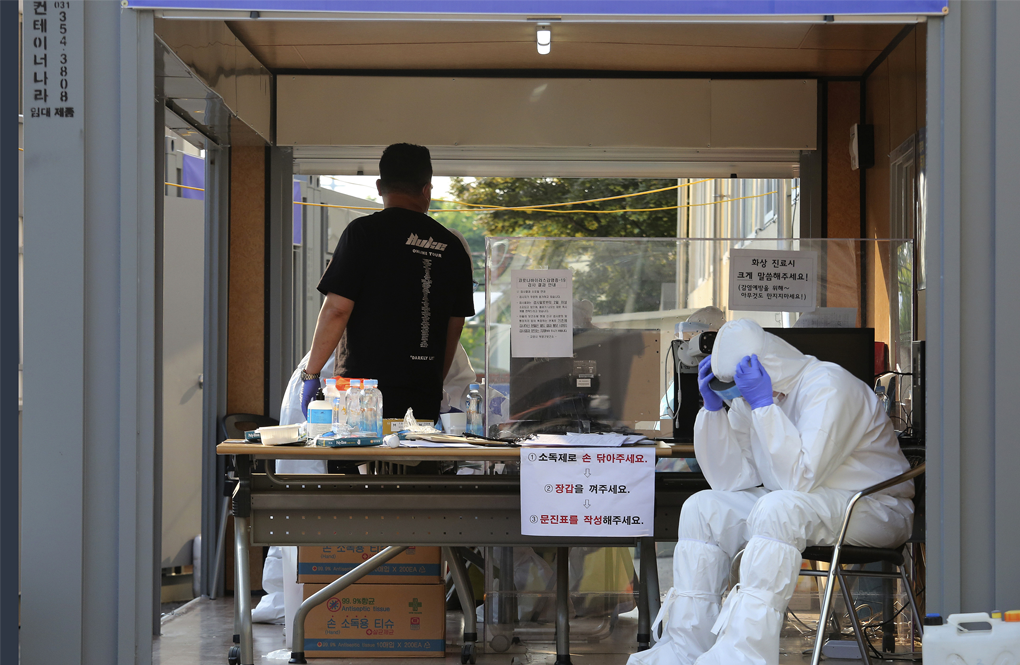 SEOUL, South Korea — South Korea on Thursday reported its biggest jump in coronavirus cases in more than 50 days, a resurgence that health officials warn is getting harder to track and risks erasing some of the nation’s hard-won gains.

The Korea Centers for Disease Control and Prevention said 67 of the 79 new cases reported were from the Seoul metropolitan area, where about half of South Korea’s 51 million people live.

Following an emergency meeting, the government decided to shut public facilities such as parks, museums and state-run theaters in the metropolitan area over the next two weeks to slow the spread of the virus.

Officials also advised private tutorial schools and computer gaming lounges in the area to close during the period or otherwise enforce anti-virus measures.

“The two weeks from now will be crucial in containing infections,” said Health Minister Park Neung-hoo, who called for residents in the metropolitan area to avoid unnecessary gatherings and urged companies to keep sick employees off work.

At least 82 infections so far have been linked to workers at a massive warehouse operated by local e-commerce giant Coupang. Health authorities plan to finish testing more than 4,000 workers and visitors to the warehouse later Thursday.

Hundreds of other infections have been linked to nightclubs and other entertainment venues, which saw huge crowds in early May after officials relaxed social distancing guidelines.

It remains to be seen whether the recent spike in infections force back a phased reopening of schools, which had been a major accomplishment in the nation’s anti-virus campaign. The Education Ministry on Wednesday said class openings were delayed at 561 schools nationwide because of virus concerns.

South Korea was reporting around 500 new cases per day in early March before managing to stabilize its outbreak with aggressive tracking and testing, which allowed officials to relax social distancing guidelines.

Seoul and nearby cities restored some of the controls in recent weeks by shutting thousands of bars, karaoke rooms and other entertainment venues to slow the spread of the virus. The country also began requiring masks on public transit and airline flights this week.

Meanwhile, South Korea’s central bank lowered its policy rate to an all-time low of 0.5% to soften the pandemic’s shock to the country’s trade-dependent economy. The Bank of Korea also adjusted its annual growth outlook from a 2.1% expansion to a 0.2% contraction.

The country’s economy hasn’t seen an annual contraction since 1998.