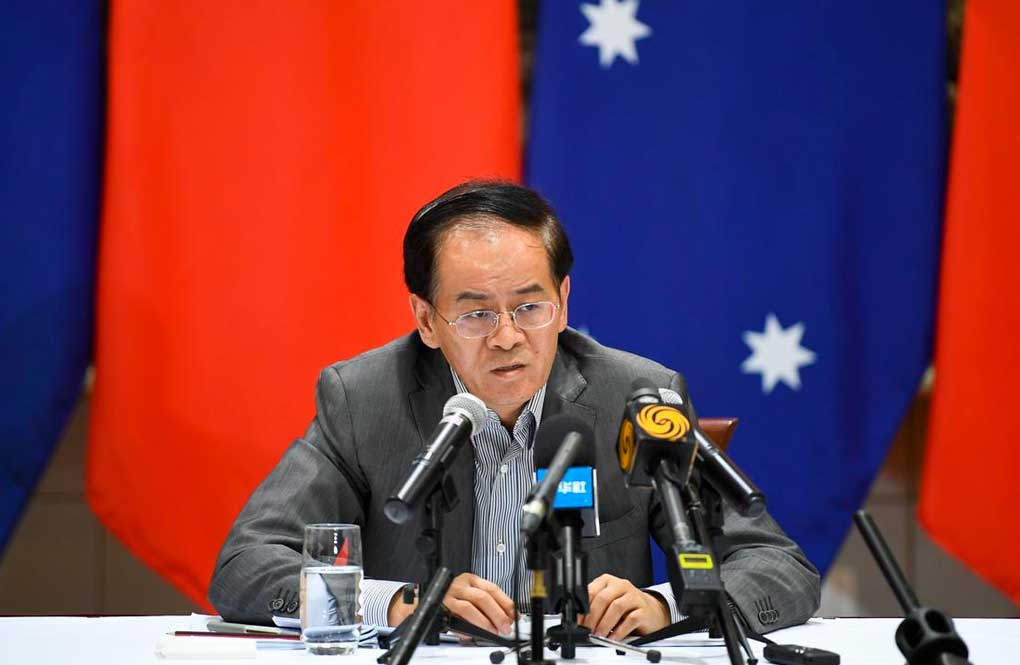 China has defended its ambassador to Australia after the official reportedly warned the government that its pursuit of a coronavirus inquiry could set off a boycott by Chinese consumers.

During a regular news briefing on Tuesday, Foreign Ministry spokesman Geng Shuang said ambassador Cheng Jingye had expressed concern about “wrong words and deeds by Australia” that could greatly “impact relations between the two countries.”

Ambassador Cheng  told The Australian Financial Review in an interview published Monday that Australia’s push for an inquiry was “dangerous” and predicted it would fail to gain traction.

The ambassador’s comments reportedly came after bipartisan calls for a global inquiry into Beijing’s early handling of the coronavirus outbreak.

The Australia federal government has summoned Cheng over the matter.

Geng said the priority for the international community should be fighting the disease, not “investigations or compensation,” and that such calls were inherently political in nature.

According to the latest figures from the Johns Hopkins University, the coronavirus has infected over 3 million people and killed more than 200,000 worldwide.