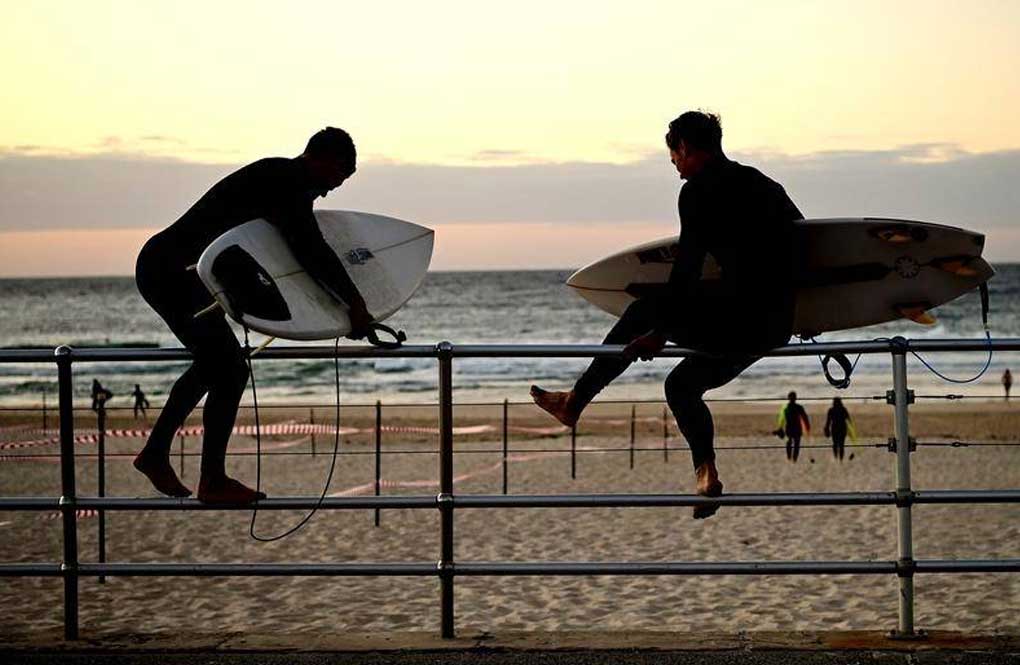 Sydney’s Bondi Beach has reopened to swimmers and surfers despite the local area having Australia’s highest concentration of coronavirus cases.

The beach was opened from 7 a.m. (2100 GMT Monday) on Tuesday until 5 p.m. (0700 GMT) with officials keeping tallies of the number of beachgoers coming and going through gates to ensure social distancing.

People were not permitted to linger on the sand.

Hundreds braved cool autumn weather to return to the water soon after the gates opened.

Police closed the beach five weeks ago because of thousands of people congregating there in defiance of social distancing regulations.

Weeks later, a virus testing tent was established behind the beach because of the high rate of infections, particularly among backpackers who often live locally in crowded conditions.

The Waverley municipality in wealthy eastern Sydney, which includes Bondi, says it continues to have Australia’s highest number of COVID-19, the illness caused by the virus.