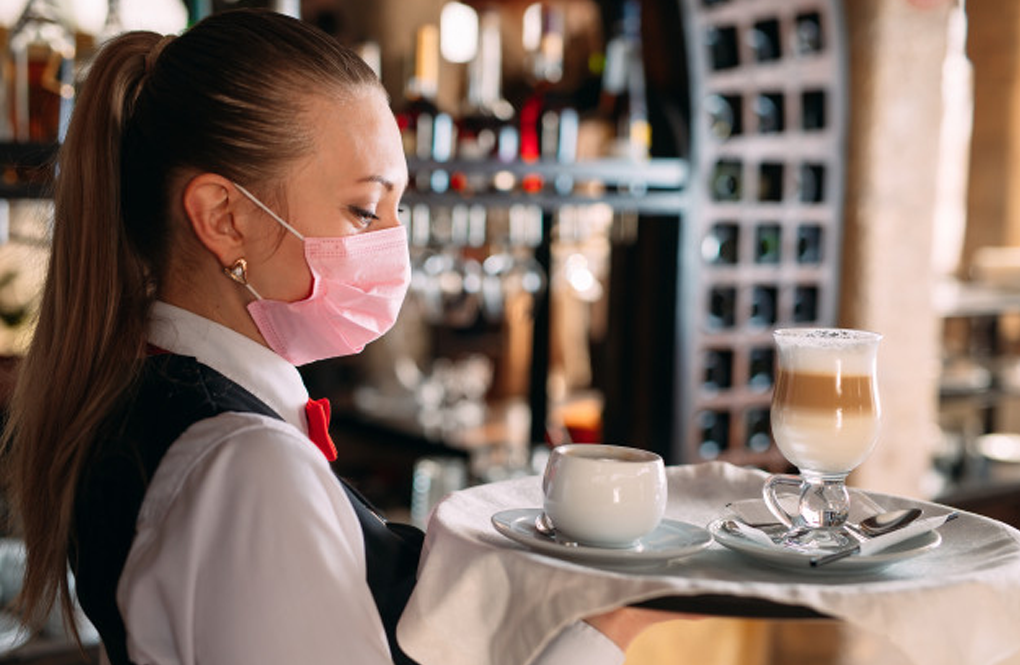 TESTING THE WATERS: With countries and U.S. states beginning to relax shelter-in-place restrictions despite caution from the medical community, companies must navigate a work environment that is vastly different. Automakers will be among the first major manufacturing sectors to reopen factory floors.

— More than 300 Coach, Kate Spade, and Stuart Weitzman stores will reopen for business by the end of the week, starting with curbside or store pickup services. Approximately 20 stores in Europe, 35 stores in Japan, 35 stores in Malaysia and nearly 30 stores in Australia will be opened to customers, according to parent company Tapestry Inc. All stores have reopened in China and South Korea. Stores open to customers will adhere to social distancing guidelines under modified hours.

— The diagnostics company LabCorp is launching a return to work service for employers who are starting to bring employees back. Employee check-in health questionnaires, temperature screenings, and COVID-19 test collection are being offered at the workplace of the company, or at offsite locations.

TRAVEL & LEISURE: Boeing said this week that it’s gone another month without a single airplane order, cruise ships are devoid of passengers and gasoline prices are plunging because few people are commuting to work or taking road trips. Global travel is close to a standstill.

— For the first time in 20 years, the AAA will not publish a travel forecast for the Memorial Day weekend. While it expects fewer people will hit the road over the holiday, the AAA said chaos from the pandemic makes it impossible to issue reliable figures.

— Delta Air Lines is retiring its huge 777 aircraft with little evidence that international travel will pick up soon.

Delta is burning through cash and looking for ways to cut costs. On Thursday, the carrier said it would no longer fly the 777 and other older, less efficient aircraft. When international travel picks up, Delta said it will be flying the more efficient A330 and A350-900 wide-body planes made by Airbus.

— The last of the three major cruise lines posted quarterly results Thursday and its losses were far greater than expected. However, Norwegian Cruise Lines says it’s raised enough cash to withstand the suspension of cruises for more than 18 months.

If mandated restrictions are lifted, it doesn’t appear that it will have to. Demand for cruises, Norwegian said, is picking up for the final three months of this year and bookings for next year are “within historical ranges.”

— Singapore Airlines reported the first full-year loss in its history and blamed plunging demand for air travel and fuel-hedging losses due to collapsing energy prices. The airline said recovery of international flying depends on governments easing travel restrictions, and it can’t predict when that will happen because “there are few signs of an abatement” in the pandemic. Singapore has already cut its service 96%.

GOVERNMENTS & CENTRAL BANKS: Countries are seeking a path out of the pandemic that has cost millions of jobs.

— Germany’s parliament increased the amount paid to people who spend months in a government-backed short-time work program during the coronavirus crisis.

Companies are making extensive use of the program, which was credited with keeping down unemployment in the financial crisis over a decade ago. It allows them to keep employees on the payroll while they wait for conditions to improve.

More than 10.1 million people were registered for the program by the end of April.

— France will spend 18-billion euros ($19.4 billion) to support restaurants, hotels and other tourist destinations that have been closed since mid-March. That includes tax cuts, state-backed loans and other financial aid. Restaurants and cafes may reopen on June 2 in regions with limited less infections.

Prime Minister Edouard Philippe said Thursday that citizens will be able to vacation in the country and its territories starting in July and August. The government hopes local tourism will help the sector survive the anticipated absence of foreign travelers this summer. Tourism in France represents about 8% of the country’s gross domestic product, 30% of which comes from international visitors.

— The head of Spain’s Balearic Islands, a popular beach holiday spot in the Mediterranean, said it would like to fly in groups of foreign visitors at the end of June for trial runs before reopening to tourism in July. Officials have asked Spain to drop the two-week quarantine for those visitors that is now mandatory for tourists.

MARKETS: Stocks are zigzagging on Wall Street Thursday, as hopes for a relatively quick economic recovery continue to collide with skepticism that it can happen anytime soon.

PRIME PANDEMIC: Amazon will begin making and selling plastic face shields. Engineers committed to Amazon’s drone program were enlisted to design the shields. Amazon has donated 10,000 face shields to nurses and doctors. It will now begin cranking out hundreds of thousands of the shields . Amazon hasn’t listed prices for the new face shields.