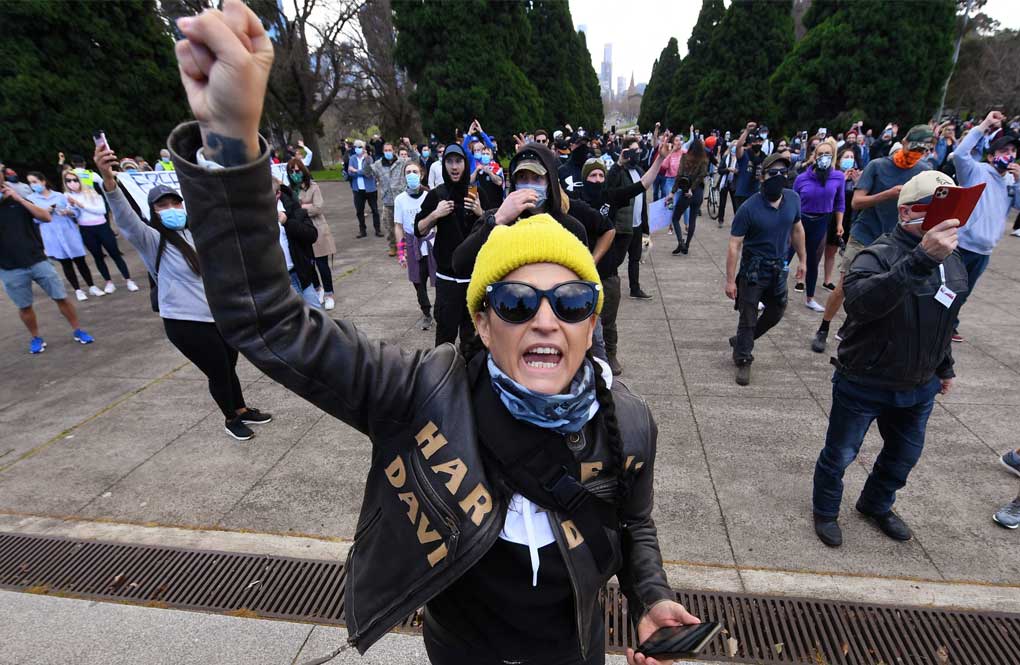 MELBOURNE, Australia — The premier of Victoria announced a slight easing of restrictions in Melbourne but the country’s second-largest city will remain in lockdown until at least Oct. 26.

State police charged a protester with assault after an officer suffered cuts to the head during an anti-lockdown rally in Melbourne on Saturday.

Police said that seven others have been charged with breaching COVID-19 restrictions after about 200 gathered at the Shrine of Remembrance and Albert Park. Scuffles between protesters and police resulted in more than 160 fines for contravening lockdown measures or not wearing a mask.

“Despite all the warnings, it was disappointing to see individuals turn out to protest in the city, putting the lives of Victorians at risk,” a police statement said.

On Sunday, health officials said Victoria recorded 63 new cases and five more deaths. It takes the state’s total fatalities to 666 and the national death toll to 753.

Victoria Premier Daniel Andrews said that from Sept. 13, the nightly curfew will start an hour later at 9 p.m. and run until 5 a.m. People living alone can nominate a friend or family member who can visit them. Two hours of daily exercise will be allowed, including social interactions such as a picnic at a park or reading a book at the beach.

He said further restrictions could be eased from Sept. 28 and the government will consider lifting the curfew entirely from Oct. 26.