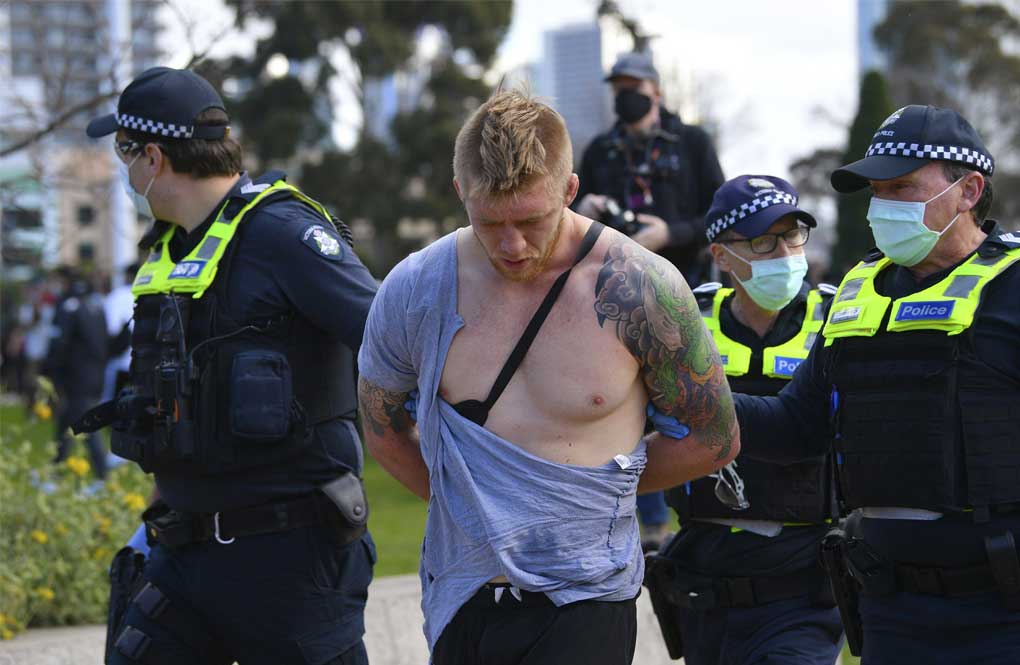 Victoria Polcie made several arrests among a crowd of about 300 people protesting the lockdown in Melbourne, as Australia’s death toll rose to 748.

The Melbourne restrictions, including a night curfew, were put in place in an attempt to reduce a huge spike in infections and deaths.

Police earlier urged people to adhere to restrictions on community movement. But four men were arrested and charged with incitement over the so-called “Freedom Day” protests planned for several Melbourne locations.

Police, many of them on horseback, later made a number of arrests among protesters, some of them for not wearing masks.

Government officials are expected to announce on Sunday how and when Melbourne and regional Victoria will come out of respective stages of lockdowns.