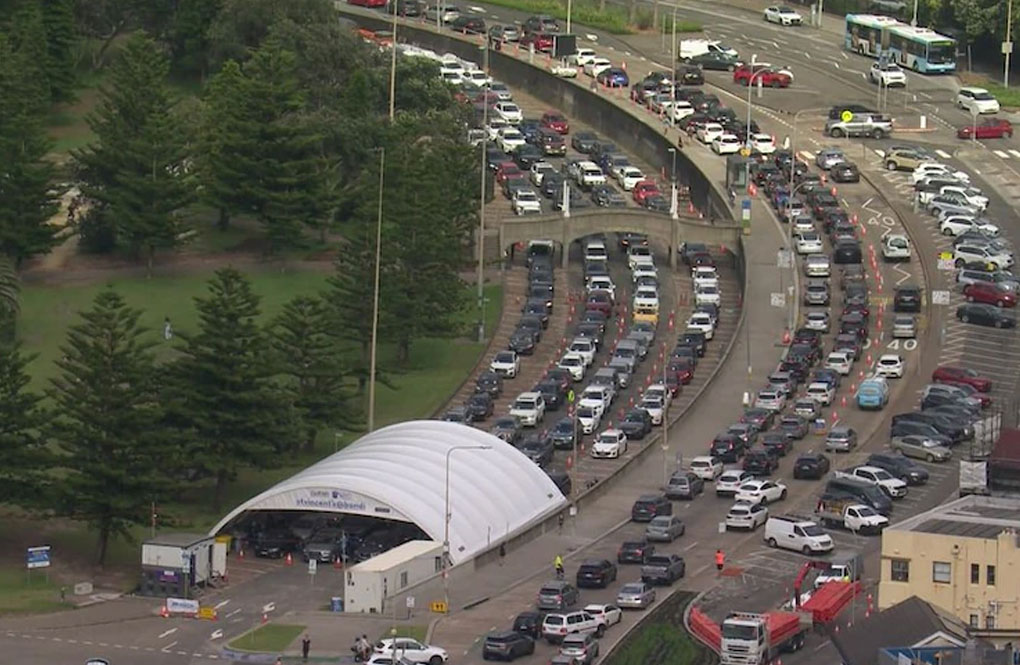 More than 92,264 new COVID-19 infections have been reported in NSW after residents rushed to post positive results from rapid antigen tests since the start of the year.

The dramatic rise in case numbers comes on top of another grim milestone as the state reported a record 22 lives lost in the 24 hours to 8pm on Wednesday.

Earlier on Thursday, Customer Service and Digital Minister Victor Dominello said 82,000 positive RAT results from tests taken since January 1 had been uploaded to the Service NSW app or website.

The reporting system for positive RAT results went live on Wednesday morning and while the requirement only became mandatory on the day, NSW residents were asked to add tests taken since the start of the year.

From January 19, the government will begin imposing a $1000 fine on anyone who does not report a positive RAT result.

Mr Dominello admits that will be very difficult to do but the government had to send a message that reporting a positive result was important.

“It’s almost going to be impossible in many ways to enforce,” he told Nine Network.

“But the majority of the states and territories in the country have gone down the path of issuing a fine or putting a fine in place – Tasmania, South Australia, Northern Territory, ACT – and some have chosen the other path of just saying please do it.”

Mr Dominello said registering a test result was mainly about connecting infected people with any health care need they might need or federal government financial assistance.

Prior to the new RAT reporting regime, the state opposition had warned authorities were “flying blind” without an accurate picture of the spread of the virus in the community.

But actually finding a RAT remains a challenge for many, until more supply gets into the system.

Premier Dominic Perrottet has said the government is considering a voucher-style system to distribute the tests.