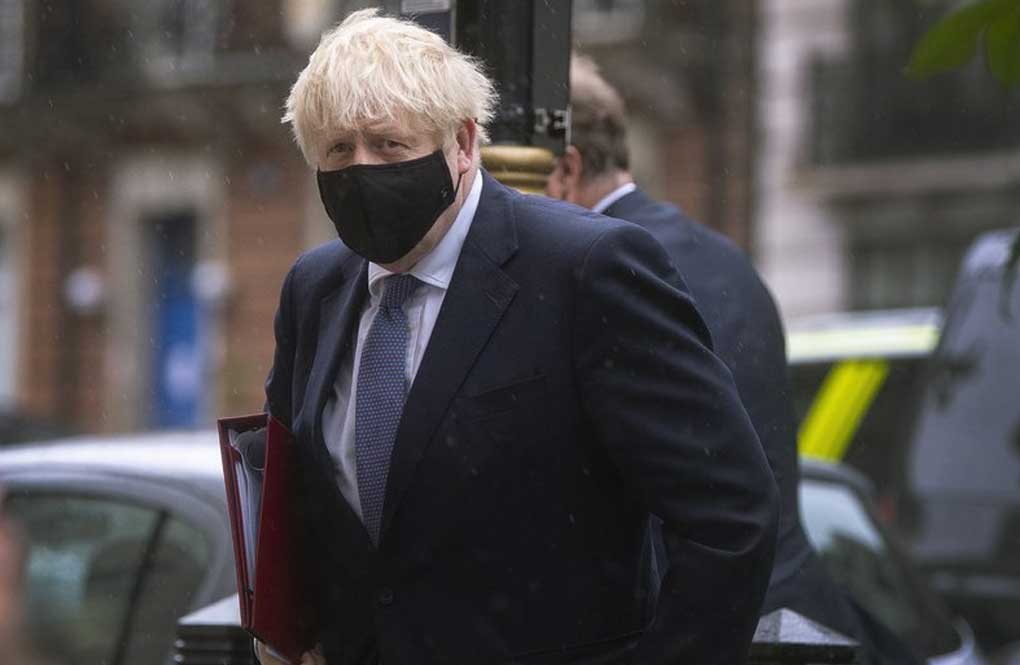 LONDON — Britain’s health secretary has resigned after a tabloid splashed photos and videos of him kissing an aide in his office — breaking the same coronavirus social distancing rules he imposed on the nation.

While Matt Hancock was swiftly replaced, the scandal was another blow to Prime Minister Boris Johnson and his Conservative government, which has repeatedly come under criticism for incompetence and hypocrisy in its handling of the pandemic over the past year.

“People have made huge sacrifices to beat the pandemic and what riles them is the whiff of hypocrisy that people make the rules and don’t stick to them themselves,” Conservative lawmaker Andrew Bridgen told the BBC on Sunday.

Hancock announced his resignation Saturday, a day after apologizing for breaching social distancing rules after the Sun tabloid published images showing him and senior aide Gina Coladangelo embracing and kissing in his office. The Sun said the images were taken on May 6, before lockdown rules were eased to allow hugs and physical contact with people not in one’s own household.

Hancock, who is married, wasn’t the first senior British politician caught red-handed for breaking the government’s own COVID-19 rules.

Johnson’s former top aide, Dominic Cummings, was accused of undermining the government’s “stay home” message during Britain’s first lockdown in 2020 when he broke a travel ban and drove across England to his parents’ home. The breach caused a furor and was widely seen to erode public trust in Johnson’s government.

And Neil Ferguson, a leading government scientific adviser who advocated for strict lockdown rules, quit his position in May 2020 after it emerged he didn’t practice what he preached and allowed his girlfriend to visit him at home. At the time, Hancock remarked that the social distancing rules in place “are there for everyone” and are “deadly serious.”

On Sunday, many questioned why Johnson publicly stood by Hancock after evidence of the latest rule breach emerged. Johnson had expressed confidence in the health minister, and his office said he had considered the matter closed after Hancock’s apology, despite widespread calls to fire him.

“Boris Johnson should have had the guts, the spine, the awareness, the judgment, to sack him on Friday,” said Jonathan Ashworth, the opposition Labour Party’s health spokesman.

Hancock had come under fire for his leadership in the government’s response to the pandemic long before the publishing of the intimate photos.

He was accused of cronyism for hiring his friend, businesswoman Dido Harding, to run the much-criticized national test and trace system. Questions were also raised after the government awarded a lucrative coronavirus testing contract to a company run by a pub landlord near Hancock’s former constituency home. Hancock has denied involvement in the contract.

Some are now also asking how Coladangelo, a close friend of Hancock’s from university, landed her job as a non-executive director at the Department of Health.

The scandal came on the back of wider accusations from the opposition about “sleaze” in the Conservative party. Last month, former Prime Minister David Cameron was called before lawmakers to answer questions about lobbying work he did to win government funds for a now-bankrupt financial services company.

“I’m afraid it feels to me that the prime minister has a very dangerous blind spot when it comes to issues of integrity and conduct in public life,” she told Sky News. “That’s a really big problem and it’s an even bigger problem when you’re in the middle of a pandemic and you’re asking the public to also have integrity and conduct in the way that they go about with their own lives.”

Rush to use vaccines before sell-by date